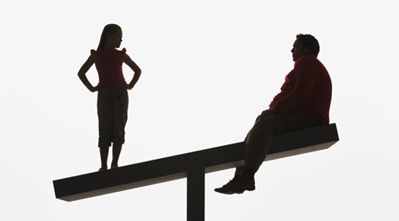 When it comes to life insurance, one of the most common complaints is how much it costs. The more comprehensive your policy, the more expensive it’s going to be, that’s just straight-forward common sense. But for those who think even simple term life insurance is too much, and the quotes given to you by your agent or insurer are excessive, you might want to consider looking inward rather than outward for an explanation. And that’s where your physical fitness comes into play.

In the simplest terms, life insurance can be compared to betting on a horse race. Just like the odds begin to lengthen from the strongest contender and are at their most extreme with the least likely, the cost of insurance, too, increases from the strongest contender in this race (called life) to the weakest. Essentially, the insurer is betting on you and the longer you’re likely to live, the smaller the risk for the insurer. So, if you think your insurer is asking for too much money, you might want to consider making a few lifestyle choices that’ll make betting on you that much more of an attractive proposition.

Lifestyle changes that will bring down insurance premium costs

Being fit and physically active means obesity-related health issues are that much more unlikely to affect you. Interestingly, the idea of lower insurance premiums for those who exercise has been successfully introduced in health insurance circles already and to great effect, too, as this article on the Huffington Post website illustrates. According to the article, “In 2010, health insurance provider Blue Care Network announced a program that gave people above a certain weight a choice between paying 20 percent more for health insurance or exercising more, according to the study. Of the 12,102 people who met the criteria for the program, 6,548 agreed to participate by walking an average of 5,000 steps per day â€” approximately two and a half miles â€” for a year. The participants’ walking distance was tracked by a pedometer that relayed their progress to an online program. Only 3 percent of the participants failed to meet the goal.” Clearly, cheaper premiums are a strong motivator for exercise.

As per the National Institute on Alcohol Abuse and Alcoholism, “Nearly 88,000 people (approximately 62,000 men and 26,000 women) die from alcohol-related causes annually, making it the third leading preventable cause of death in the United States.” No wonder insurers check the alcohol consumption levels in applicants for life insurance policies, and charge higher rates to those who consume excessive amounts of alcohol as part of their routine lives. Anything above two drinks per day is typically seen as excessive, and usually ends up disqualifying the applicant from preferred rate status.

So, cutting down on how much alcohol you consume, kicking that smoking habit, and improving physical fitness levels will make a world of difference to how much you pay on insurance, apart from the overriding benefit of allowing you to live a longer, healthier life.

A win-win, if ever there was one, wouldn’t you agree?