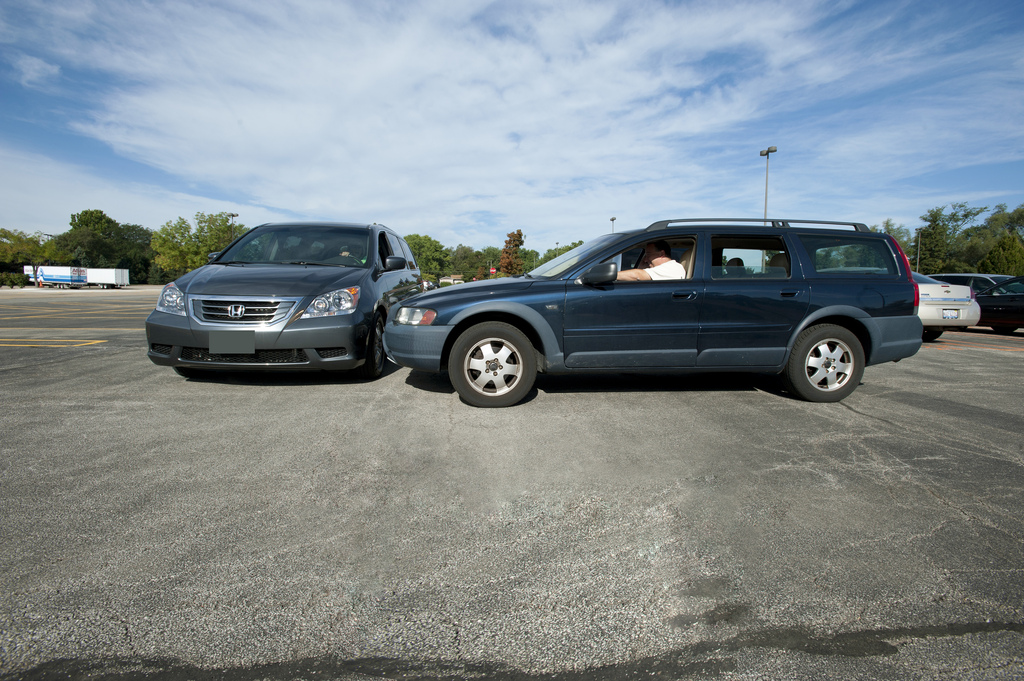 Being the victim of a staged accident is not a position you want to find yourself in. Just imagine that on one sunny afternoon, you’re driving down a quiet back road heading home and listening to your favorite song on the radio, when all of a sudden a car pulls out right in front of you. Even the slamming of brakes is not enough to stop you from rear ending the vehicle ahead.

Shocked, you step out of your car and are relieved to see the damage is minor, but the car you have just run into is filled with 5 passengers, who are now making their way out of the car. They are upset and all seem suspiciously a little more hurt than what would be expected for the extent of the damage done. This was not even your fault to begin with, but the several witnesses who have now gathered all side with the people in the other car. You are confused, overwhelmed, and have unfortunately just become another victim of a staged accident.

Why Do They Do It?

The motive behind a staged accident is ultimately to defraud the insurance company. In the situation described, the passengers of the vehicle who are “playing” victim will complain of bodily harm from the accident then file a claim with the insurance companies for a likely large sum of money. The criminals who stage these accidents will likely have pretend witnesses close by to ensure a case is playing out in their favor.

Insurance companies lose millions of dollars a year this way, and the other insurance payers will end up paying for these costs with higher rates. What is even more disturbing in this scenario is the fact that these criminals don’t know how bad they could possibly injure their targets, themselves, or other people around. Whether you think you may have been a victim in the past or just feel good being informed, it is smart to read and understand the signs to know if you’ve been the victim of a staged accident.

There are a few key points of interest which alone or combined, would indicate you have been the victim of a staged accident. The first is that the vehicle deliberately cuts you off. If you are driving minding your own business when another car suddenly gets in front of you and stops especially in a well-lit area, causing you to hit them, this is a sign the person in the other vehicle wanted you to hit them.

Second, check that the damage of the vehicle correlates with any injury claims made by the passenger(s). This is one of the most obvious signs of a staged accident, when the passengers claim to be critically hurt but say they only have a minor dent in their fender.

Next, look out for any witnesses that seem to be suspicious. Some suspicious behaviors would include multiple witnesses coming out from seemingly nowhere, their accounts seeming scripted, being excessively dramatic in their accounts, or making claims that are set to deliberately put you at fault. Each of these would indicate the witnesses could be phony.

If you do find yourself in an accident, and feel it may have been staged, pay attention to things occurring and taking place around you. You may be overwhelmed or afraid when the accident takes place, but do your best to remain calm, and go over these signs in order to determine if you have been the victim of a staged accident. Be sure to seek representation as well to ensure that you get the justice you deserve.

This article was written by Matthew Hall. As a political science and criminal justice undergrad, Matthew is currently pursuing a law degree. He is currently a writer for Heil-Law.com based out of Central Florida. To learn more about Matthew, check out his Google+.