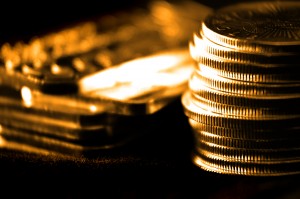 The precious metals market according to most analysts are currently undervalued and according to most of them gold and silver both have been continuously hovering below â€˜real value' for the last 5 to 6 years, which raises the question, what is the actual or real value for these precious metals, the truth be told, if at all the world was thrown into the era of the gold standard, gold would be valued around at least 5,000 dollars per troy ounce, which makes many wonder about what is exactly going on?

Conspiracy theories at the present moment are rife pointing towards the United States of America declaring an amount of gold in their reserves that they have yet to justify. In reality, the US was not even able to return gold to Germany, fuelling theories that the golden vaults of the Feds are not gleaming any more. The funny thing is that the Feds refused to be audited and they cited security as the reason for Germany not being allowed to inspect their own gold, if ever there was a more blatant attempt to cover the truth in the most ridiculous manner, this would definitely be it.

The United States of America actually told Germany to wait for 7 years for them to get their gold back and this according to many is just the tip of the iceberg based on the fact that the gold holdings at the Federal Reserve have not been audited for more than half a century, imagine that!
The mysteries and conspiracy theories surrounding the gold is indicative of a cover up that has yet to reveal itself as it looks like the Feds are cooking up a stew to cover up their tracks for good. The objective does seem to focus on blind siding the average citizen towards holding on to their worthless paper currency in order for them to continue the current faÃ§ade so that they could keep the economy of the United States afloat via deceit.

Gold and silver have actually been the only money that was ever worth calling money after the United States of America divorced itself from the gold standard for the sole purpose of manipulating the currency markets and affixing false value to worthless paper that they need to pay for their overblown budgets and bad financial judgements. Rumours that have been persistent over the internet about how the US government has left each and every American in debt does not seem like just mere rumours any more as they are becoming evident, the fact that the sub-prime loan issue was not the fault of the borrowers but was actually the fault of the government has never been brought to light because of the immense amount of money that they spend on PR and â€˜wagging the dog'.

The [prices of gold is destined to fall not because it is losing value, but the opposite is true, gold is increasing in value tremendously, but the powers that dictate its value are keeping it at bay to meet their own agendas.

Definitely not a golden era! 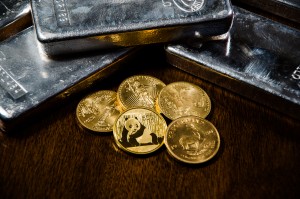 Gold is largely converted into jewellery and bullion as reserves in central banks and private vaults, but there however a small portion of mined gold is channelled into industries as this accounts to only about 5 % of the total gold mined every year for industrial uses and therefore negligible and when reports stating that the reason gold prices have been sluggish is because of the drop in demand for gold in the industrial sector, what about the unfaltering demand for the other 95 % which is still going strong. These reports are nothing but dust clouds to hide the real truth, and what is the real truth? The truth is that the world is headed straight for another catastrophic financial crash and this time, it is going to be like never before and recovering from it with the current financial systems in place will be virtually be impossible.

The only way everything will balance itself is through debt write-offs, which is going to lead a lot of people to lose a lot of money, so what is the answer, buying gold is definitely one solution, but there are other solutions as well, property would be a good option, however just like gold, properties are expensive and thus it may not be the best solution for everybody. Investing in smaller businesses would also be a good option, however it must be a business that involves essential needs such as food, this is based on the fact that during a financial crisis most people cut down on spending automatically and businesses involving basic necessities thrive during these times, especially food that is cheap, average household items that fall into the fast moving consumer goods category and other similar business ventures could prove to be viable during these crashes.

However, owning a small amount of gold can never be wrong, at current prices, gold buyers would stand to make a good profit when the financial crisis hits as all precious metals will soar in prices and probably double within a few months. The demand for gold has never been constant but it has been growing and supply has been status quo for some years now largely due to the low prices of gold and the high cost of mining which should theoretically and logically put gold on a constant upward price movement, but this is not the case and it points towards market manipulation, and to manipulate commodities such as gold, hedge fund managers and the average investor do not have the juice to pull it off!

The only culprit standing behind this canvas are governments and there is no other government other than the United States of America that has the means and the vantage point to manipulate the precious metals market that favours the dollar (high dollar value - low gold value) allowing them to buy more gold with lesser dollars. The chain of events that have transpired over the last decade has been anything but economically logical and it definitely seems like the Feds are bracing themselves for the upcoming financial storm that they themselves are responsible for in the first place.

AusGold is author at LeraBlog. The author's views are entirely their own and may not reflect the views and opinions of LeraBlog staff.