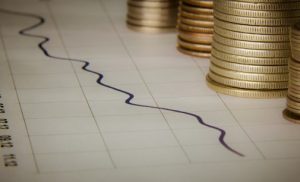 Nowadays, we get a lot of individuals who are experienced enough and want to dig into more advanced FOREX techniques but they do not really know where or what to start with.

Imagine you have an apple tree and it produces great apples. You have to make a decision: you can eat the apples or you can plant the apples. If you plant the apples, your apples will grow into more trees, and your trees will produce even more apples. And all this is making your money make money and even more money! So all this money you make is making more money. So, basically, this is compounding in a nutshell. The question when you want to eat your apples, when you plan to spend your money, and how many trees you want until sustainable. Because if you have a large account and you are a wealthy trader, you want to maintain that wealth and minimise the risks as much as possible.

According to Mib 700, you have to remember four key factors when creating the formula.

Now let’s take an example. So, let’s say your risk per trade would be 2% that is a little aggressive. Your reward per trade will be 6%. Spend one dollar – make three dollars is a quite good risk/reward balance. Your win percentage is going to be 60%. You will win six out of every ten trades and expect to lose four. Your production is let’s say fifty trades per month. You have a thousand dollars available for investing. Let’s apply the formula to ten trades now:

Every ten trades equals a 28% growth, that is monstrous growth! So if you place fifty trades a month, it results in over one hundred percent growth! In other words, you will more than double your amount every month.

Hopefully, you find this short tutorial a good guide throughout your trading adventure and the method explained here will generate a great income for you if you apply it wisely.