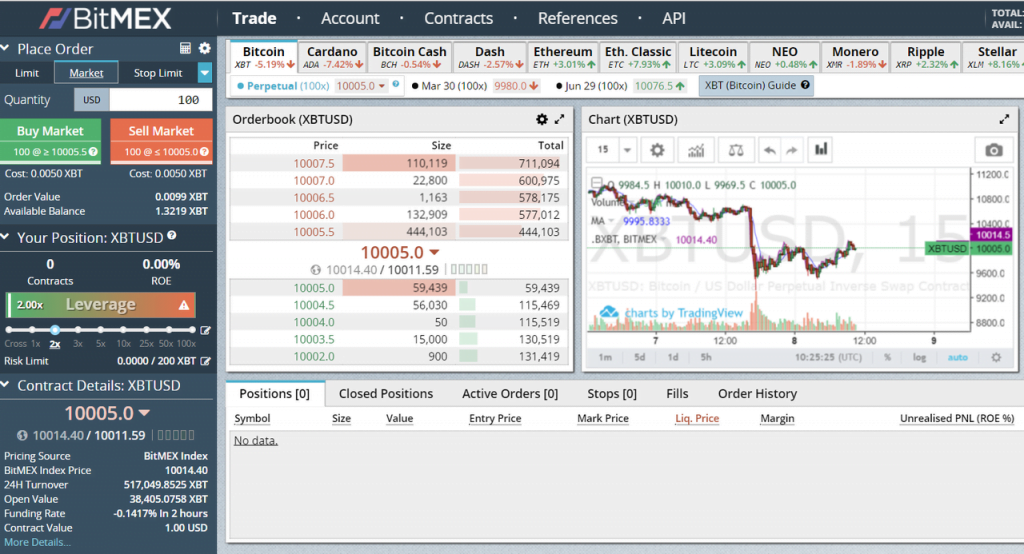 If they haven’t already placed us on that path, cryptocurrencies are likely to take us to the next level of trading, which is at the core of our civilization. Bitcoin was the first marvel of digital currencies and many flocked to it as soon as they realized its value. Things did not stop there. Today, technological advancements tend to revolve around cryptocurrencies since the industry is still relatively new. Moreover, people are yet to find out what can really be achieved using this fresh mode of trade. Much is still unknown about cryptocurrencies and their potential is promising.

The most interesting and thriving business in the world lately, BitMEX, is the epitome of the potential of cryptocurrencies. The rush for bitcoins is very much alive and people are desperately looking for any opportunity to join the wagon. And BitMEX introduced one of the best chances many have ever had so far.

Established in 2014 by three exceptional individuals, Ben Delo (Computer Programmer, Mathematician, Entrepreneur), Arthur Hayes (Entrepreneur, Outstanding Trader, CEO BitMEX), and Samuel Reed (Renowned Web Platform Developer), BitMEX is a bitcoin trading platform that provides peer-to-peer bitcoin derivatives trading by matching buyers and sellers. Owned by HDR Global Trading Ltd, it operates from Hong Kong, China and is registered in Seychelles. As of 2019, the company has traded around $34 billion worth of bitcoins. If that seems like an incredible amount of money, its success story will blow your mind.

BitMEX started as a derivatives trading platform for bitcoin. However, like most startups, the early days of the company were perilous because it barely had sufficient liquidity to interest traders. 2015 was a year the company will invariably recall. The year seemed to promise a grim future because the company was barely surviving.

Nonetheless, Arthur Hayes, the CEO, held on his hat and coat and kept pushing against the storm. In late 2015, BitMEX opted to adjust its leverage restriction all the way up to 100X from 3X, making it the one platform in the world that tolerates trading with the highest amount of leverage. Traders suddenly had the golden opportunity to bet on altcoins with copiously leveraged positions. Consequently, BitMEX gained the liquidity advantage it critically needed as well as the market share it required to stay alive and thrive.

BitMEX has since managed to maintain steady growth, as it recorded trades worth $800 billion in 2017, with an exceptional day where it actually made $8 billion within 24 hours. You can read more in this review to understand the bitcoin derivatives trading platform and even get started, if you have the heart for it.

A company making this much money is a huge attraction to investors. Hayes is very confident regarding the company’s future since he highlighted that he envisions it surpassing some of the world’s most prominent traditional asset exchanges, eventually becoming the top trading platform for all assets in the world – bigger than even the Chicago Mercantile Exchange.

BitMEX thrives from the volatile nature of crypto markets, a quality that many are cautious about when dealing with cryptocurrencies. Whether the market is thriving or struggling, there will invariably be an equal amount of winners and losers on the bitcoin derivatives trading platform. Trades often involve altcoin contracts and currency pairs like ETHUSD (Ethereum/USD USD), BTCUSD (Bitcoin/USD) or LTCUSC (Litecoin/USD). The platform tracks their prices per minute, in reference to the last price at BitMEX Index. Nevertheless, according to its website, all profits and losses on the platform are in the form of Bitcoins, its universal and only language.

Who knows the future of digital currencies? From what we’ve explored so far, the future of BitMEX is clear. At this pace, it is possible that we will eventually move from physical currencies to virtual currencies. Altcoins or cryptocurrencies are valued for their secure nature; they are untraceable and discourage corruption in many ways.

It’s Not for the Faint Hearted

BitMEX is unregulated, a quality that forced it to ban some countries like the USA, Iran, North Korea, and Syria from using its platform. Nonetheless, the possibilities on the platform are endless and only those who do their calculations well while taking risks gain the most. There are many features to explore on the platform and the learning curve may be a bit daunting. However, that is nothing to those who really want to explore, learn, and win!