The currency of a country is often used as a metric of its economic power and development. By that yardstick, Bitcoin, the de facto currency of the Internet is on a roll with valuations breaching the 16,000$ mark recently. This recent spike in popularity has garnered the attention of the worldwide media and captured the minds of the general populous.

Unlike stock markets which remain relatively stable, bitcoin goes through huge swings throughout the day marking highs and lows that could be as big as 20% apart. This makes bitcoin the perfect playground for people who want to bet high and make a quick buck off the volatile market.

But those are not the only people who have an interest in bitcoins. Across the world as power and political struggles become more prevalent, there is a growing group of people who fear that centralized currency systems that is moderated by the governments may fall someday soon. These people are also looking to stock up on some cryptocurrency and while they’re not looking for a trading platform, they too need a safe and secure way to procure bitcoin and stow it away.

The early adopters of Bitcoin were primarily miners and as it is at the beginning of any cryptocurrency, the easiest way was to mine bitcoin. But with the economy accepting bitcoin widely as a form of currency, the complexity, as well as cost of mining, has shot up to an extent that it is no longer feasible to mine bitcoin without spending thousands of dollars on equipment.

So how do you get your hands on some bitcoin? Well depending on if you’re a casual crypto enthusiast, someone who is buying bitcoin in bulk or a financial investor/trader – there are tons of options each with their own pros and cons that attract a different demographic of people. 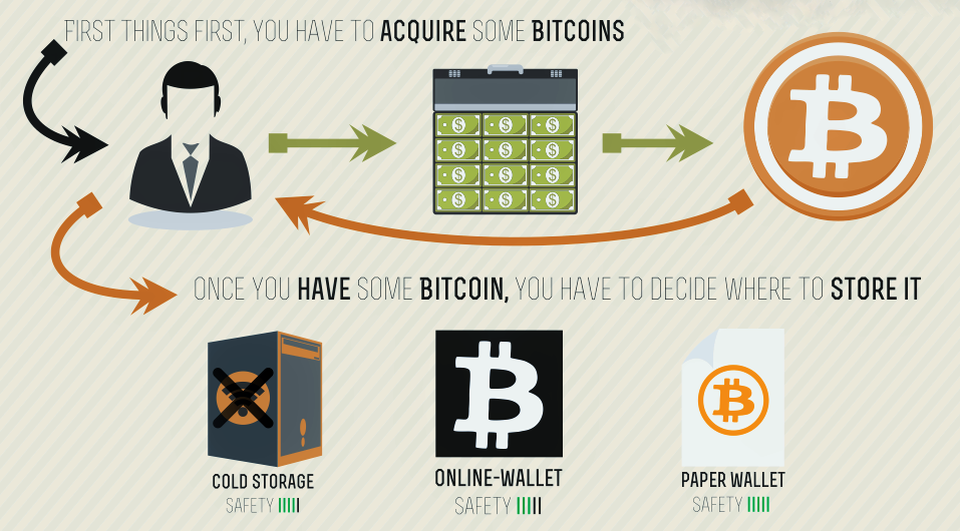 There are quite a few bitcoin exchanges out there and while some of the bigger ones are regulated by the government and federal laws of the country they originate in, several of the newer services that have cropped up provide total security as well as anonymity. One of such services is offered by Localbitcoins a name that has gained much popularity in the bitcoin exchange community.

However, Localbitcoins do come with its own sets of cons and the two major pain points that our personal experience with the product has thrown up is:

So, we suggest alternate marketplaces especially if you want to buy bitcoin with gift cards. One such platform that has caught our attention is Paxful but there are plenty of other options as well if you’re willing to hunt around. What made it so special is that we found a thriving community of crypto traders already there and the fact that there is a 20% markup on obscure means of payment directly transfers to a lot of people trying to use this to their advantage to turn a quick buck.

This is probably the earliest method out there of getting hold of some bitcoins but the crux of the matter is that most people who already own bitcoins are looking to stash them for future use. However, if you do happen to make the acquaintance of someone trustable, then you can obviously make the transaction of bitcoins via cash, card or any other payment method.

Once you have received your bitcoins, unless you are looking to pursue active daily trading with the cryptocurrency, it is a much safer idea to move the coins to a cold offline wallet so that your precious investment remains in safe hands.

And finally, you can also buy bitcoin directly from digital kiosks that have been set up all over called Bitcoin ATM where it is basically like the interface of an online broker app or platform but added to that there is the physical presence of an ATM.

The problem with this method is that Bitcoin ATMs as of now are quite rare to come by so most people by default have to fall back on other options. Nevertheless, as cryptocurrencies become ever more popular and is accepted as a form of payment by more and more organisations worldwide, we can expect that we will see Bitcoin ATMs pop up all over the place.

The main allure behind bitcoins right now is that the market is extremely volatile with huge ebbs and flow every day. Add to that the fact that bitcoin transactions are secure as well as near instant, it means that the time to buy bitcoin is ripe! Cryptocurrencies are here to stay and peer to peer networks like Bitcoin are bound to gather momentum in the future. If the thought of becoming part of this peer to peer network of currencies is something that excites, then joining something like the Paxful platform is the first bay step in a long journey forward.