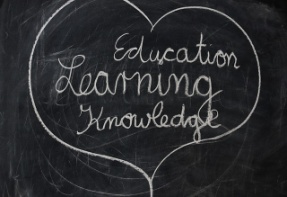 The results of the 2nd annual customer survey have just been released by online loan company Wonga South Africa. It's an exercise Wonga began here in South Africa 2 years ago, and one that new CEO Brett Van Aswegen intends to continue.

Given the climate of the payday loan industry across the globe, and the amount of people who struggle with understanding the risks and value, Wonga are acutely aware of their responsibilities towards their South African clients.

Understanding the difference between good debt and bad debt

In a recent interview with SA Breaking News Wonga SA's new CEO stated how important it is that consumers get educated regarding the basic issues surrounding obtaining credit, in order to make them financially fit. They need to recognise the pitfalls that must be side-stepped in order to be able to avoid getting into bad debt. Knowing the difference between good debt and bad debt is imperative, but this is something at the moment that many consumers are unable to get to grips with here in South Africa..

The problem that led to Wonga UK being reprimanded by the British Financial Authority came about because Wonga were not diligent enough in terms of ascertaining that potential clients could afford to repay their loans before they took them out. If this were to be allowed to happen in South Africa, where much of the population are not financially savvy, it could cause a problem of immense proportions, which is why Brett Van Aswegen and Wonga SA are making as much noise as they are about educating the public.

The South African finance industry must be collectively responsible

Mr Van Aswegen is emphatic about the fact that not only Wonga, but the whole South African finance industry must accept the collective responsibility for improving the financial health and well-being of their clients. This can only be achieved through responsible lending. By creating a stable and sustainable credit platform in South Africa, clients will be better off and it will create the conditions for the credit industry itself to prosper too.

The early signs of improvement

This more responsible approach to lending (which began several months ago) is already showing beneficial results. TransUnion SA's payment profile database s for the 2nd quarter of 2105 is showing a reduction of 8.3% year-on-year in terms of the number of loan defaults generated by new consumers.

Another piece of welcome news is the decrease in the amount of so-called "distressed" borrowing. Although South African households are now using a little over 50% of their credit limits (a 10% increase since 2007) the level of distressed borrowing has reduced for the first time year-on-year since Quarter-3 in 2010.

On the wider stage, and given the challenges that the South African economy faces in terms of the depreciation of the Rand and inflation in general, it's important that the general public gets to understand financial jargon so that they can increase their knowledge of how finance works.

Payday loans are an essential part of helping people to achieve certain goals, but only when borrowers clearly understand about debt, the high interest on short term loans, and on-time debt repayment. Wonga SA has made a good start to improving that awareness and will doubtless want to build on it further.