As an employer, either as a business owner or a professional in a managerial capacity with folks working under you, you should know the reality of working with other people. There will always be some disputes. Ideally it would have been nice if life went through its motions, ups and downs, laughter and cries without any incidents. Unfortunately, such a utopia does not exist and that means you should know a thing or two about handling disputes.

Personally, we would prefer that dispute, no matter their severity should be handled in-house without allowing it to escalate, sometimes quickly and in other scenarios gradually, to a full on legal dispute. Irrespective of how the dispute eventually gets resolved, there is a need to involve a dispute settling solicitor or attorney at a very early stage.

You and your employees have a business work relationship that is in place. It involves a lot of interaction and there are bound to be some disagreements. We are not talking about disputes with respect to the actual work itself. Mostly, disputes arise out of other disagreements. Some common instances are issues related to terms of employment, remuneration, leaves, and work performance and of course severance and connected payments. Eventually, everything, always comes down to money.

An easier way to avoid these disputes is to ensure that the terms under which an employee is engaged are very clear. Once an employee becomes part of your business, an even simpler way to avoid disputes is to stick to the agreed upon terms. This way, as far as you are concerned, you are following the laid down rules. This becomes a key statistic if the situation should escalate. 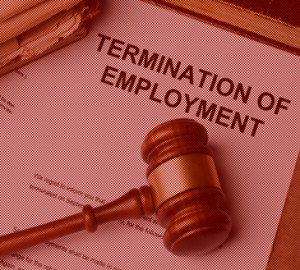 A lot of times disputes arise between employees and employers because the terms of employment themselves weren't clearly explained or kept vague and distant. This can happen for a number of reasons. Sometimes employers do not wish to encourage employees to find out about the full terms of employment. There are always cases where the employee would have agreed upon an employment contract but some of the more strict observations are hidden among piles of paperwork which many employees do not go through.

As an employer, even if it means risking a little employee disengagement, it is important that you explain the terms, the ones that are desirable as well as the undesirable parts in vivid clarity. Sure, this may make some employees not becoming part of your organization. On the brighter side, at least you are not going to have employees bring up some odd disputes if only because they did not understand what they were signing up for in the first place.

Over time, the dispute will eventually be settled in your favour but the key factor here is that some of your business time was wasted in settling these disputes. What is the need for all this drama? Just be clear and concise with your employees and avoid all the headache. Save yourself tons of time, money and human resources from having to juggle with an employee who is creating unnecessary havoc.

Attorneys, the successful ones at least, are excellent at negotiating and drawing up a settlement plan that is beneficial to both the parties.

Any dispute that arises between you and your employer will have a talking point. A number or an event or something that both of you are not able to find common ground. You already have an internal discussion forum to handle these cases. We would recommend that you involve an attorney from the early stages of these internal discussions. You could try an initial discussion to solve this, like one or two meetings. If things are still not rosy, time to bring in the expert.

There are two gains to be had by this arrangement. The attorney brings with him a unique flavour of negotiation. Attorneys have their documentation skills, speaking methods and they see people arguing all the time. They can bring in this experience to this table and get things moving for you by cutting out all the non-sense. Take our word for it. When there is a dispute, unwittingly people will eventually confuse the plot of the proceedings with a lot of unrelated content.

With an attorney at hand, such things won't happen. If the dispute should upgrade to a legal case, the attorney already has a head start about the case as he has been made a part of this whole situation from the earliest stage. This helps him build a better case than if he were introduced to the situation at a later point of time.

The author knows a few things about engaging a personal Injury Aberdeen lawyer. He would recommend the folks at DJP.