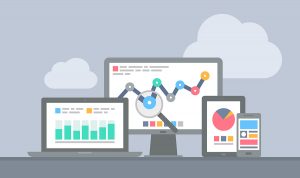 Glassdoor, one of the world’s leading authorities on jobs and career information, annually produces a report that ranks the best career options in the U.S. For the last three years, the 50 Best Jobs in America list has identified some key trends in the job marketplace, and one of the most important and easily identifiable evaluations is that careers in data are where it’s at.

Data Scientist comes in at number one on their list for the second year in a row (and the third straight year in the top three), and its debut appearance on the list, Data Engineer comes in at third. Obviously, much of the information on which these rankings are built was compiled and analyzed by those who hold those very positions, but even allowing for some bias, it does not take a genius to see that these are pretty promising career choices.

Until relatively recently, very few people in the entire world had ever heard of a data scientist. In fact, the term data science has only been around for a little over 15 years now, but the importance of the field has quickly proven to be essential. William S. Cleveland, a Professor of Statistics at Purdue University, first coined that term in what we now understand to be his groundbreaking argument that computer science and statistics could be merged into one field.

It seems that Cleveland may have been onto something at that point, and even in its young existence, the field has exploded in significance and popularity. In the early days of data science, only large corporations needed to employ the use of Big Data, but now it has revolutionized the entire business world to become an integral part of business on every level. Now every company from global corporations to neighborhood businesses benefit from the identification, gathering and analyzation of meaningful data.

Of course, there is much more to data science as a discipline than the ability to gather statistics and compile a nice histogram chart to represent those statistics. It is a complex field dealing with scientific methods, processes and systems that help to extract knowledge and insights from the data in a number of both structured and unstructured forms. It employs techniques and skills drawn from a number of other fields such as mathematics, statistics, computer science and information science.

Glassdoor grades on a scale of one to five on its list of the best jobs, taking into consideration key elements like average income, number of job openings in the market and job satisfaction for current professionals. With a median income of $110,000/year, 4,184 current job openings and a job satisfaction rating of 4.4, Glassdoor calculated the data scientist job score at 4.8 out of five.

In addition to the technical aspects of the field, it still takes the right kind of individual to be able to work in data. While many major universities now even offer programs in data science, one of the most crucial aspects of the job is the ability to communicate the data. Average data scientists have the necessary skills to mine and compile the data, but the best data scientists excel in the soft skills that make them desirable candidates.