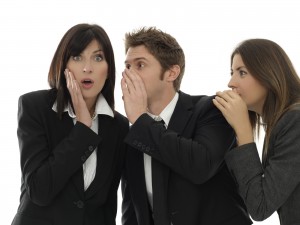 Is it legal to spy on your employees? Well, let’s come back to that in a moment. But first ask yourself, what if they ever find out they’re being spied on?

If you’re up front about the fact that some, if not all, of their communications are going to be monitored, and they accept that’s part of working for your business, then it shouldn’t be an issue. In fact, most employees expect to be monitored to some degree.

However, if they don’t expect it, or if you’ve told them they’re not being monitored and it later comes out, this could have a hugely negative effect on morale and create a combative atmosphere between staff and management. In fact, it could even result in mass resignations, so proceed carefully.

That said, perhaps your business needs to be very security conscious. There’s a reason cameras are installed in jewellery stores! But if you work in an office, are such extreme measures necessary?

Let’s talk through a few options:

Legally, this generally isn’t a problem. You’ll need to let employees know of course otherwise you could get into hot water. But recording calls, tracking calls, even via their (business) cell phone is not a problem, and your employees might be okay with it if they understand your motivations.

However, personal phones are just that, personal. So you don’t have the right to monitor those.

If your employees don’t want their emails tracked, or read, they have to realise that they shouldn’t use their work email for anything they don’t want a third party to see. Work email is for just that, work. Anything else may be allowed, but privacy of communication can’t be assumed.

So if an employee doesn’t want their email read, they need to use a personal account. But then there are two further issues:

The answer to number one is yes, it can be monitored. That’s implied by the fact they’re using equipment that belongs to their employer.

And regarding number two, you have no way to monitor that, and it just comes back down to reasonable use during work hours. If they were running their own business from a personal laptop at work, of course that’s unacceptable and the employee would be breaching their contract.

In public areas, cameras are allowed. Of course whether they’re accepted by employees would depend on the business. Cameras wouldn’t really make sense in an office, and may create a feeling of resentment amongst employees. However, cameras can be so discreet now employees may not even know where they are, but it should still be spelled out to them.

But going back to the example of a jewellery store, employees would understand and accept why they were being monitored, even recorded, throughout the day, since high value merchandise could potentially go missing easily. And particularly high value businesses may employ a security guard company to ensure that the premises are physically secure.

But either way, cameras in private areas are of course off limits, and could open the business up to legal action if discovered.

So, employees do not have an expectation of privacy at work, especially when they’re using equipment that belongs to the business. But how they feel about being monitored can largely come down to how management communicates the reasons for monitoring and how that data is used.