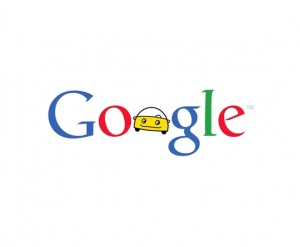 Google Inc. is the name of the company that owns the brand Google, whose main product is a search engine for content on the Internet. At present this company is in charge of developing a new product: a vehicle that drives itself.

This type of cars is created by combining the latest technologies with the objective of carrying people to their destination without them driving. They have an intelligent system that regulates the brakes, accelerator, and steering wheel, a parking system, sensors to detect other cars, video cameras around the car, three-dimensional maps, GPS, laser technology, and digital image recognition, among others. So far, Google is the company that stands out in the development of these vehicles. Until now these cars have driven more than 482,000 kilometers, about 80,400 of them without the intervention of a driver, according to Google, and they already have the approval of the U.S. government.

Among some of the benefits of these cars, it can be mentioned that these cars will offer more security than human-driven onesâ€“33.000 deaths have been reported from car accidents in the U.S. in 2010 â€“. Moreover, they will be a real benefit for people with disabilities, young people who are under the legal age to get a driver’s license, old people, and individuals who have been drinking and are unable to drive, among others. What is more, drivers will be able to use their time productively while the car is driving.

Why will these cars be safer? Traveling by these vehicles will be much safer because these cars stick to the speed limit and follow the driving rules perfectly well. Another benefit is that these cars pollute less, since, for example, in a typical house, instead of having several cars, people will have only one, and the same car will make different trips on the same day to drive the users to their destinations.

After explaining what Google Self-Driving Car is, and having discussed some of its benefits, we will now cover some of the consequences that the use of these cars could bring about to the job industry:

All these consequences may result in fewer jobs for the people that today work as drivers, and in car insurance companies, car companies, and spare parts companies, among others. Nevertheless, it is important to see the whole picture: these cars that drive themselves are prototypes that are being tested at present, but there is no indication yet that they will be produced and sold at wholesale. It cannot be predicted whether they will be accepted or not, and whether they are actually safer than traditional cars.

This article was published on behalf of Virginia GonzÃ¡lez, student of Public Relations at Siglo 21 University. From CÃ³rdoba- Argentina, working with elMejorTrato.com