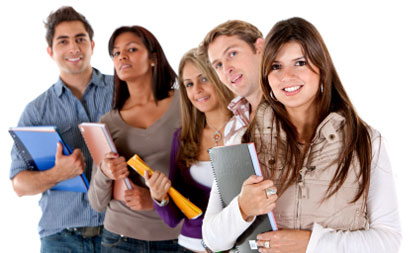 Any student looking to write a thesis on â€˜jobs which don't exist any more' will not be short of material. Cloth cleaner, rat catcher, switchboard operator and town crier disappeared decades or centuries ago, while other, present day occupations such as newspaper photographer and milkman are rarely-spotted beasts indeed.

It does not take a giant leap of logic to see other jobs which might cease to exist in the year's ahead; the shop assistant is being replaced by self-service tills, the factory worker by machines, the full-time writer by the blogger. But some careers and trades last forever, particularly ones which cater for a basic human need such as food, warmth, or shelter.

A good electrician, engineer, plumber or carpenter can build up an good apprenticeship through an organisation such as Options Skills and an impressive diversity of clients in home and professional environments, good pay in both salary and self-employment, land a portfolio of transferable skills equally useful in Melbourne and Manchester.

The budding student intent on balancing the advantages of gaining a trade against attending university might give strong consideration to the fact that graduates, on average, might gain Â£100,000 more across their career than the non-graduate. But that is a rather simplistic view when one considers that most university leavers will start their career mired in debt and often with no guarantee of a job, while the skilled tradesman will already have a completed apprenticeship and established career, business and clients, a stronger financial footing and probably far greater strides towards a mortgage and security.

As former New York mayor Michael Bloomberg said: "Compare a plumber to going to Harvard College â€” being a plumber, actually for the average person, probably would be a better deal. You don't spendâ€¦ four years spending $40,000, $50,000 in tuition without earning income."

Carpentry is still an impressive and admired skill, while a gas engineer can expect to earn Â£32,000 a year on average and perhaps more still if self-employed. Bricklayers are building up Â£100,000 of work in 2014, according to this Daily Star article. An electrician may enjoy the diversity of finding themselves working in a little village shop one day and an 80,000-seater football stadium the next. These are the more common trades, while others include tree surgeons, landscaper, fencer, and decorator; all finishing necessary, important jobs that benefit millions of people worldwide every day.

While the core elements of the trade profession may have changed, the methods of promoting your trade business certainly have. In 2014 word-of-mouth across social media such as Facebook, Twitter, and Google+ is vital as free promotion and advertising, while for the customer quick research and instant online payment are convenient ways of enlisting a tradesman.

Screwfix reported in Builders' Merchants News that almost half of all tradesmen are using social media to promote themselves and find new work, and that 80% of consumers would be more willing to use a brand with an established online presence. In addition, websites such as Trader Scams have tightened the screw on the few unreliable tradesmen and rogue traders who continue to operate.

These professions are all therefore as relevant in the 21st century as they ever have been, because there is really no replacement for skilled, experienced tradesmen.