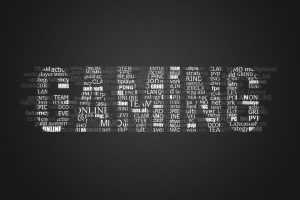 Prior to the 1980s, significant gaming of any kind essentially existed in the states of Nevada and Atlantic City, NJ. Gaming mainly involved casinos and these two states were the ones that benefitted from it. Nevertheless, other states eventually realized the impact casinos had on the two states and they could not help feeling left out. Therefore, from the 1980s, other states started legalizing gambling.

Personal computers were essentially introduced in the 1980s and the kinds of computer games that existed then were essentially dull (albeit interesting during those times). Nonetheless, nearly 40 years later, the advancement that the gaming industry has undergone is remarkable. Video games were once deemed insignificant activities that children indulged. Little did people realize that we only grow physically but we are all essentially children in spirit, regardless of how old we get. The gaming industry has such a huge market that it is an indispensable factor in local economies.

The video game industry or the entertainment software industry has advanced significantly and its importance in local economies is at a completely different level now. It is expected to become even more vital with the emergence of virtual and augmented reality. According to GamesIndustry.biz, in 2017, games for mobile devices generated $59.2 billion, PC games $33 billion, and console-based games like XBOX One and PlayStation 4 around $8.3 billion. States like California (EA, Activision), Texas (id Software, Junction Point Studios, Gearbox), and Washington D.C (Microsoft, Nintendo) gain a lot from the entertainment software industry due to the fact that major entertainment software companies are located there.

According to an article from Science Direct, Macau, China gets around 50% of its revenue from gambling alone, Macau being the second most casino-flooded state in the world after Nevada. The state of Nevada, USA essentially thrives on casinos – it is the casino city. In addition, due to technology and the fact that regardless of how big casinos are, they cannot accommodate everyone, today we have virtual casinos. Major casinos have virtual online slots where people can access them and play from anywhere in the world. In fact, there are major casinos that exist only virtually. Whether you have a laptop, desktop computer, tablet or smartphone, you can access them from anywhere.

Texas, California, Nevada, New Jersey, Macao (China) and Washington D.C are the best examples when it comes to discussing how gaming contributes to local economies. Most of the revenue enjoyed by these states comes from gaming in one way or another. The fact that these states contain either major casinos or entertainment software companies implies that they also employ a significant portion of the residents. In these particular states, people will work hard to be employed in either a casino or an entertainment software company. These establishments offer employment to the locals; hence reducing unemployment rates in these states. The more productive people a country has, the higher its GDP and we all know that means for its economy.

Gaming companies are taxed as business entities and the same is true for the products they produce and sell. Casinos have a very large fan base that local governments encourage their subjects to indulge as often as possible because they contribute significantly to a state’s economy. Statista shows that casinos globally projected a gross gaming yield of nearly $115 billion in 2016, and the figure is anticipated to go all the way to $130 billion by 2019. On the other hand, according to Newzoo, the entertainment software industry is expected to yield around $180 billion by 2021.

Whenever a new console is released, something like PlayStation 5 (I know it’s not out yet), local retail sales actually increase as people flood retail stores to acquire it, and in the process purchase other things to facilitate their enjoyment of the console. Furthermore, stores that sell such consoles will have constant sales for a while, at least as long as people still appreciate the console or an alternative. Major casinos, on the other hand, attract tourists. They could be local tourists or even ones from abroad. Regardless, these tourists will explore the local community and in the process boost sales in local retail stores by either spending because they have to for survival or to get souvenirs and make memories. In states like Nevada, USA, and Macau (China), this is a constant source of revenue due to the influence and reputation these places have. 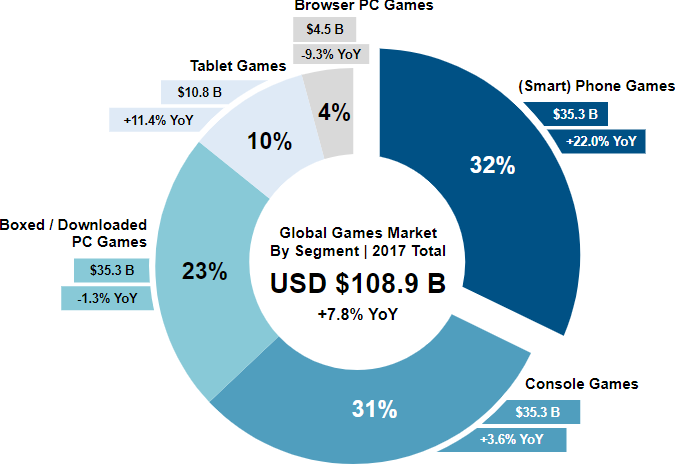