According to the Transport of Dangerous Goods (TDG) Regulations, dangerous goods that come into Canada from other countries can be prepared in accordance with those other regulations. That said, the TDG Regulations ought to be considered and consulted for limitations and conditions. 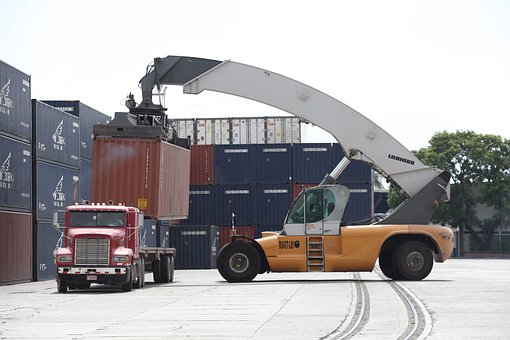 Road shipments coming from the US whether involving US or Canadian trucking companies should be prepared in line with the Code of Federal Regulations (CFR) Title 49. In terms of content, these regulations are similar to those governing shipments coming out from Canada to the US.

For road shipments and trucking, TDG Regulations Parts 9 state that any consignment of dangerous goods coming from the US and transported to Canada or any destination in the US requiring the goods to pass through Canada, must adhere to the labelling, marking, classification, documentation, and placarding as stipulated in 49 CFR.

According to the rules governing the shipment of dangerous materials from the US to Canada, there must be a shipping document prepared as stipulated in 49 CFR. The document should include amongst other things:

This is a program whose origin can be traced back to 1979 through a court recommendation that was made following a train derailment in Mississauga. The TDG Regulations require that certain dangerous goods have Emergency Response Assistance Plans (ERAPs) when being transported. The plans are generally intended to help local emergency responders by giving them specialized equipment and technical experts at the site of an incident.

The plans clearly outline how personnel with knowledge, skills, and equipment will be availed at sites of incidents involving dangerous goods. It must be clear that these plans do not replace those put in place by the carrier, local and provincial authorities, but rather supplement them. They simply mitigate the consequences of an incident.

Before entering the transportation system, the goods you are shipping require an approval of their ERAP so as to comply with the TDG Regulations. It is your responsibility as the person offering your goods for transport to apply for an ERAP.

Again, the TDG Regulations give a definition for dangerous goods safety marks as a placard, label, letter, mark, sign, word, or even a number used to identify the hazardous goods. It also shows the nature of the potential danger posed by them.

Where a shipment of dangerous goods is trucked into Canada from a place of origin that is outside the country and thereafter reshipped within Canada, the dangerous goods safety marks may continue to be displayed in accordance with 49 CFR. However, on the large means of containment, the placards displayed must be in conformity with TDG Regulations Part 4. However, in the event the dangerous goods safety marks displayed according to 49 CFR are different from those permitted under TDG Regulations, a notation must be made on the shipping document.

Any person who handles, transports, or offers for transport dangerous goods must be issued with a training certificate. Therefore, it is considered illegal for a driver of a truck or any of the close handlers to interact with the hazardous material without proof of training. According to the TDG Regulations, documents issued in the US to the driver of a road vehicle or a crew member indicating that they have been trained in line with 49 CFR sections 172.700 to 172.704 will be considered valid training certificates.