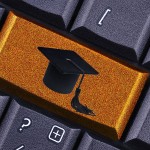 Plagiarism in the academic domain has long been despised because of unauthorized use of content from sources. Intentional plagiarism has meet difficult fates in the past starting from detention to expelling from the concerned institutes. It has been noticed in the past that scholars have resorted to plagiaristic practices due to shortage of time, lack of understanding, or simply because of appreciation of another person's work. With rise in such practices over the last few years, the authorities have made the rules a touch more stringent in order to abolish the practice altogether. Armed with technology, they have been successful to a great extent in detecting plagiarism in the works of students.

Such wrongful appropriation in the work can be determined by passing the articles through computerized applications like plagiarism checkers. Universities have now made mandated plagiarism checking for their students. Giving the scholars a chance of rectification, they request all projects to be passed through a checking software before they are deposited in the institute network or submitted to the teachers. Prior to manual checking, the teachers are instructed to make the papers pass through online plagiarism checkers. Only papers with a fully clean report are accepted and sent for reviewing. Anything with any percent of detected duplicity are either returned to their respective authors or forfeited with a show cause.

Plagiarism has contributed to serious duplicity over years, exerting negative influence over students. University scholars who turn to such practices in order to meet project deadlines end up harming their own learning outcomes in such cases. Copying from another person's work is not only branded as intellectual robbery, it also robs one off the chances of developing a grasp over a subject. Even paraphrasing is considered a kind of plagiarism as you are only repeating what someone else has expressed through their work.

The Sanctions of Plagiarism

In the academic domain, plagiarism is considered dishonesty, while in the professional arena it is termed violation of journalistic ethics. Such an action is subjected to different kinds of sanctions, such as suspension, expulsion, penalty, etc. Though it has not been tagged as a crime in the legal sense of the term, it is sure a breach of rules, as perceived all over the world. For the purpose of specification, most prestigious universities have drawn their own definition of the term in order to make it clear to the students what's permissible and what's not.

However, the concept of incidental plagiarism has also been taken consideration when framing the law. If you have been victimized by an accidental case of plagiarism, then take measures in the future to ensure that this does not repeat itself. Most of the chances for copying plagiarized content comes at the time of research. Hence, when you pen down your own text from the many fractions of information you have collected from primary and secondary sources, make sure that you pass it through an online checker to be fully confident.