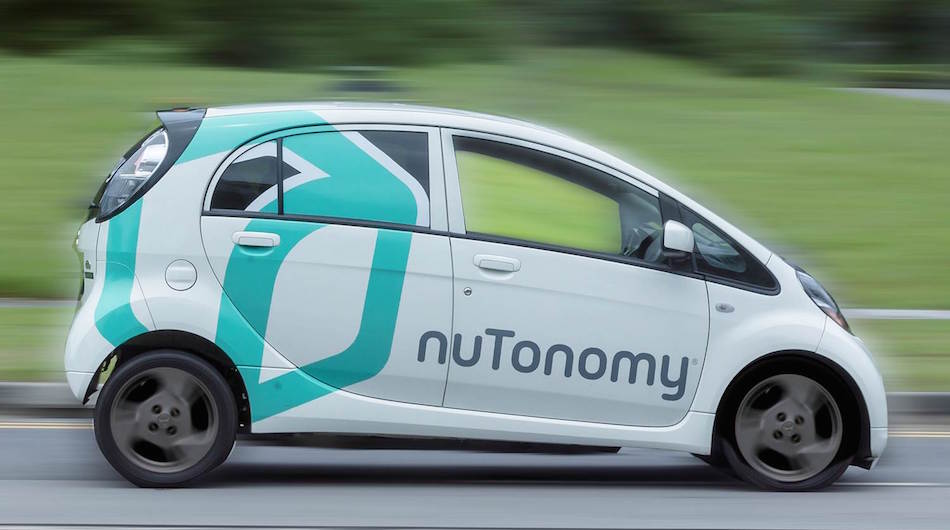 These days, everybody from monolithic companies to the latest garage-based start-up seems to be running the rat race. Most people have at least heard the name Steve Jobs, and Tesla will be familiar to anybody into the latest car trends. These are big fish, of course, and so it always comes as a shocker when some previously unknown company steals the spotlight from the usual suspects. NuTonomy is one example of a company that usurped a throne, by being the first company to launch self-driving vehicles into public streets despite promises from big names like Uber to do the same.

NuTonomy is a US-based start-up born out of the Massachusetts Institute of Technology. It was founded in 2013 by MIT’s Dr. Karl Iagnemma and Dr. Emilio Frazzoli, and the company is made up by a number of scientists and PhD students. Backers include the Singapore Economic Development Board and Samsung Ventures, as well as other high-profile names. Singapore’s support for new technology aimed at reducing congestion undoubtedly played a role in the company’s decision to roll out their first tests in this country.

NuTonomy’s success in being the first company to launch automated vehicles to public streets has to do in part with the fact that their fleet of Renualt Zoes and Mitsubishi i-MiEVs are limited to operating in a very small, well known controlled environment; a tiny 2.5 km square of the business district area in Singapore known as “One North”. This is a different approach from companies like Uber, who have much more ambitious launch plans, making the programming aspect behind their driverless fleet more challenging to accomplish. Indeed, Uber’s decision to launch their driverless cars in a city like Pittsburgh is related to the fact that this city is a challenging place to drive, as it has everything from a complex road system to extreme weather.

That said, there are also similarities between the two companies when it comes to the actual testing itself. Like Uber, NuTonomy’s customers use an app to summon a ride (free in the case of NuTonomy’s small test situation). An automated vehicle then arrives to pick up the passenger. However, given that both companies are only in a trial phase, an engineer remains present in the driver’s seat to takes notes on the ride and man the controls in case things go awry.

The technology behind self-driving vehicles is similar to PLC programming, in that it is driven by linear, time-sensitive instructions. Though companies are experimenting with different technologies, the underlying steps are the same. GPS is used to figure out the best route, different types of sensors and cameras are used to figure out driving conditions in real time, and the incoming data is analysed by a central processing system to direct the vehicle’s movements.

It is difficult to give an exact date for when driverless vehicles will be given a full public launch, but NuTonomy is aiming to remove both humans and steering wheels from their fleet by 2019. They have the advantage over bigger companies like Uber in that launching in a small country like Singapore is much easier than other places in the world. Beyond size, Singapore’s government have been leveraging big data since 2014, using sensors and cameras located throughout the city-state in order to create ‘smart cities’. This means that NuTonomy has access to incredible amounts of data, giving them extensive information on Singapore’s driving environment.

Of course, start-ups and tech companies are not the only ones betting on a driverless future. On the contrary – partnerships between big car companies and the tech industry are starting to become the norm. General Motors has teamed up with Lyft, and Volvo is already working closely with Uber. Renault-Nissan is planning to start driverless testing in Tokyo in 2020, while BMW aims at having consumer-ready cars by 2021.

These ambitious plans require input and effort from a dizzying array of fields for driverless technology to be both technically and morally sound. Besides having a computer scientist, a robotics technician and other such typical workers involved in the creation of a driverless vehicle, ethicists, philosophers and the general public also need to have an input. For instance, tests like MIT’s ‘Moral Machine’ aim to gather “human perspective on moral decisions made by machine intelligence” by asking users to decide between two scenarios, determining who should be dead in an unavoidable accident with a driverless vehicle.

While answering ethical questions may not sound like a fun way to pass an afternoon for everybody, these are important topics that need to be brought up in both classrooms and boardrooms, given that a driverless future is not some distant dream. Unless there happens to be an Internet Apocalypse, it will be important for mainstream education to catch up with technical progress if job gaps in industries such as driverless vehicle manufacturing are to be filled. Public schools, colleges, universities and even online technology courses must work at providing robust technical education and opportunities to students, as companies like Uber and NuTonomy continue to push the boundaries between reality and the stuff of science-fiction.