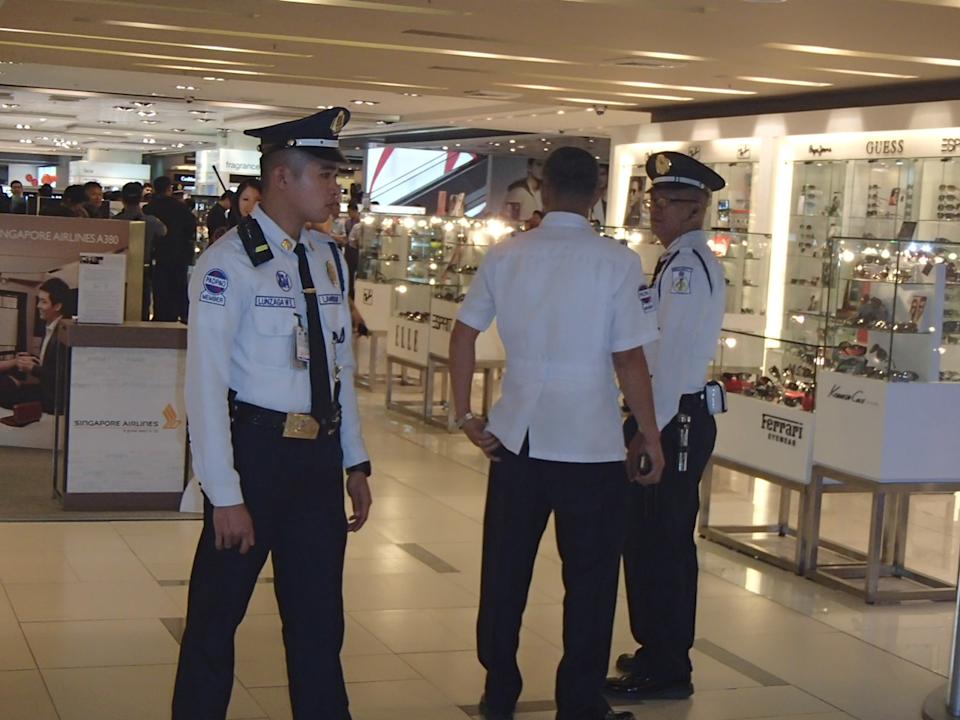 Shopping centers and malls often seem like relatively safe places to be.  Thus, when you hear about mall security, you may be left wondering is it even necessary?  Worse yet, you might think of mall security guards as being secondhand cops or overweight and ineffective at their jobs.  Maybe you even picture Paul Blart, Mall Cop, carrying around a faulty image of all guards in this profession.

Whatever negative connotations you have regarding mall security, the truth of the matter is mall security guards are often the unsung heroes of the shopping experience.  In a day in age where criminal activity knows no bounds, guards offer much need safety for those inside; in addition to, fulling many practical and important duties that may not be readily recognized.  Continue reading to learn more about the vital role security guards play in shopping malls and other retail establishments across the country.

Mall security guards are always sitting on the sidelines, ready and willing to help.  When your small child suddenly runs into a crowd of people and the panic sets in, security guards will be there to handle the situation calmly and efficiently.  They can collaborate with other guards to search for the child, monitor exits, and help get your child back to you as quickly as possible.  Not to mention, when a child accidently becomes separated from his or her parents, a guard’s friendly face and marked clothing allows the child to seek help from a safe person.  Without a security guard, the child could reach out to anyone and potentially risk falling into the wrong hands.

Mall Security guards can also assist with directions, provide a calming and safe feeling to shoppers, and may even prevent issues from arising by targeting troublemakers early on.  Guards are also great at helping customers who are in a dangerous situation.  Often this means assisting a shopper or employee with an escort to their vehicle afterhours.  No matter what the need, guards are ultimately present to provide practical safety assistance, as well as give you a sense of confidence that you are secure during your shopping day.

In recent years, we have seen an uptick in violent acts.  These have ranged from bomb threats, actual bombings, and many knife and gun related attacks.  It has become far too common for a gunman to randomly choose a location and commit horrific acts of violence against innocent victims.  Most often it is merely a matter of being at the wrong place at the wrong time.  While you may have a negative perception of mall cops, they have received extensive training in identifying and mitigating threats, making them crucial in the safety of innocent shoppers.  In addition to helping those in the mall, they are constantly in a state of vigilance and awareness.  Typically guards take regular patrols both inside and outside the facility to frequently monitor activity.

Thus, during this regular exercise of people watching, guards use their training to identify suspicious people and behaviors.  This can help them to quickly identify if there is a risk for violence of any sort.  Even if there is little to know warning before the first shot is fired, guards know how to respond quickly to get shoppers evacuated to safety and the authorities on scene ASAP.

Moreover, many facilities enhance their security further by employing uniformed, as well as non-uniformed guards.  This helps cover all necessary security bases and make it easier to identify if a store is being targeted for theft, if a person is acting off, or if a violent or terroristic threat may be in the works.

A residual benefit of vigilance/regular patrols is that guards become aware of other possible dangers that are unrelated to criminal activity.  Things like ice outside your building, fires, hazardous substances, malfunctioning equipment, or a patron in a health crisis can be quickly identified and mitigated before the situation rages out of control.  This can help limit the impact of such events and protect shoppers from being harmed.

In the event of a health emergency, guards are also trained in basic first aid and CPR.  Thus, they can quickly identify the situation, contact the proper emergency personnel, and begin CPR or other necessary measures until help arrives.

The same is true of other emergency situations.  Once identified, guards can call 911, direct shoppers to safety, and take steps to the control the situation as much as possible.  For example, if a small fire starts, a guard may be able to prevent it from spreading by utilizing a fire extinguisher, while another guard implements the malls evacuation plan and safely escorts all patrons and employees from the building.

Issues of Theft and Vandalism

While it is possible for thieves to plan in advance and pull off a major heist, most often stores are targeted by spur of the moment shop lifting.  While on the surface, this may not seem as problematic as a cashier being held at gunpoint and being ordered to empty the cash drawer, it still leads to huge losses for the company each year.  Small losses add up to significant reductions in profit that can end up leaving a company in the red.  Moreover, this can lead to both layoffs and increased prices across the board.

Security guards are a crucial part of the solution, as they know how to identify shoplifters, as well as deal with the situation.  They do so with tact as to avoid an upsetting scene for other shoppers.  Furthermore, the mere presence of security guards serves as a natural deterrent to such behaviors.

Another issue that can cost the mall unnecessary expenditures is vandalism.  Many teens are looking to try something deviant.  They end up at the mall with friends and decide to trash the bathroom, spray paint obscenities on the parking garage wall, smoke in a back hallway, or participate in other destructive behaviors.  When this occurs, the mall ends up footing the bill for the damage.  Prevent vandalism from occurring in the first place with mall security guards to patrol and immediately address situations where vandalism is occurring.

Simply put, chaos comes in large numbers.  Whenever the mall is full of shoppers the risk of criminal activity increases exponentially.  Whether it is black Friday and shoppers are fighting over the last door buster, a teen has decided to vandalize the parking garage, a child has been lost in the shuffle, or a shopper slid a new watch into their purse, the answer is clear: mall security guards are an essential part of a successful business and shopping experience!

tcshouston is author at LeraBlog. The author's views are entirely their own and may not reflect the views and opinions of LeraBlog staff.