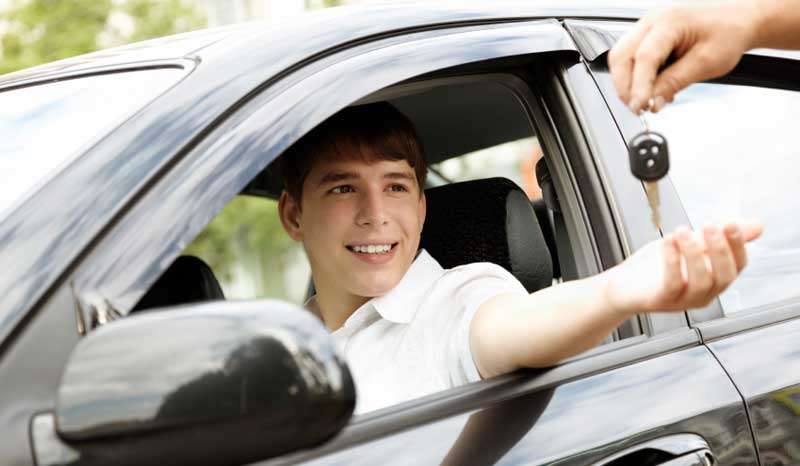 Motor vehicle crashes have been the leading cause of death for teenagers in the United States for a long time, with more than 16,000 drivers ages between 16 and 19 dying in car crashes from 2007 to 2011. There are various reasons for this high fatal crash rate for teenage drivers, who are often affected by some of the most common crash risk factors. For one thing, teens are highly susceptible to various driver distractions, such as talking on a cell phone while behind the wheel, eating, or adjusting a car’s stereo or some other device. Today's teens possess new gadgets and use apps like Twitter, Facebook, Instagram, Tumblr, etc. to interact with their peers for most of their free time. Furthermore, they often fail to put their seat belts on, and they are more prone to speeding and reckless driving, as well as running a red light and driving under the influence of alcohol.

All this makes teens very risky drivers, resulting in high fatality rate not only for young drivers, but for passengers of young drivers, occupants of other vehicles, and pedestrians, as well. However, statistics show that lately, the number of car accidents caused by teen drivers in many states across the U.S. has been decreasing, which might sound like quite a surprise at first, but is actually a result of a series of educational campaigns and stricter laws enacted over the past few years. The significant decreased interest in driving among teenagers as another trend has also affected these results.

Since distracted driving has become the number one cause of death for teen drivers, most states have put tough distracted driving laws into effect, banning them from texting or talking on a cell phone while their vehicle is in motion. These laws explicitly prohibits novice drivers from using any sort of electronic communications device for composing, reading or sending text-based messages, or for making or receiving phone calls. This way, they can pay attention to the road and keep their hands on the wheel at all times. This has surely contributed to reducing the car crash rate among teenage drivers, and has helped save thousands of lives across the nation.

Another factor that has helped make teen driving much safer are the Graduated Driving Licensing laws that were enacted over 15 years ago. These laws vary from state to state, but they all include a couple of stages that every teen driver has to go through before they can obtain a full driver’s license. First, there is the learner stage, where novice drivers are required to complete several months of supervised driving, and pass a driving test afterwards. This stage is usually followed by an intermediate stage, during which teen drivers have a few restrictions on their licenses, such as nighttime driving and passenger restriction. These restrictions play an important role in efforts for keeping teen drivers safe, considering that statistics show that teenagers are more distracted when they have a couple of friends in their car, and that many accidents involving teen drivers occur during nighttime. Basically, these programs are intended to provide teen drivers with the necessary experience and driving skills under supervision by a licensed driver.

However, even though the risk of fatal crashes for teen drivers is probably not going to decrease drastically in the near future, the fact is that most of these crashes are preventable. Many accidents and injuries can be avoided if teen drivers make sure they always use their seat belts, avoid driving at night, at least during the first couple of months after they receive their license, don’t use their cell phones, except in case of emergency, and never exceed posted speed limits.