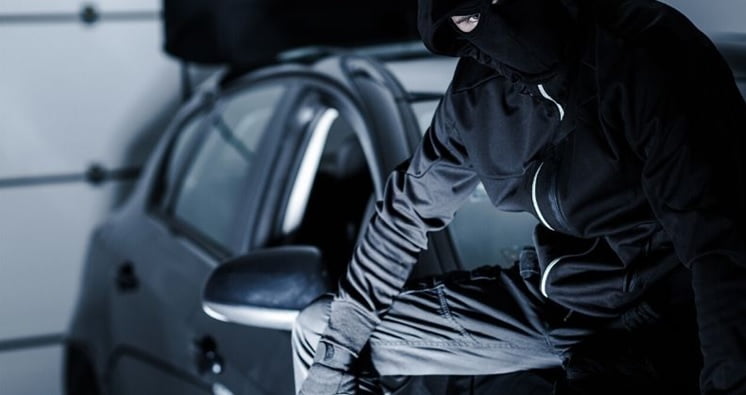 If you suddenly find that the number plates on your car are missing, you usually don’t take the loss too seriously. After all, this is not a huge criminal offence and notifying the Police doesn’t even cross your mind – Right?

There are several car owners who don’t take the situation seriously, considering it nothing other than a prank, carried out by someone on the way home from the pub or children wanting to be mischievous.

You may not realise the seriousness of the situation, ending up as victims to car cloning or number plate theft.

What to Do if Your Number Plates Get Stolen?

According to the DVLA, the stolen plates are used by the criminals for:

Usually soon after your number plates get stolen, you will begin receiving multiple speeding tickets and parking fines. In the comparatively more serious cases, a cloned copy of your vehicle is used in crimes including robberies or drug trafficking.

If the number plate gets stolen from your car, you need to report it to the Police straight away. This may seem trivial at the time the event took place but it won’t be fun if you begin receiving penalty notices or are suspected of committing crimes.

Why are So Many Number Plates Being Stolen?

In order to tackle the crime effectively, we need to understand the reason why number plate crimes are increasing. One of the reasons is thought to be the increasing costs of motoring combined with the increased usage of ANPR or automatic number plate recognition cameras. In London, the congestion charges, parking fines, and road tax costs are increasing year on year and the use of ANPR cameras is also increasing resulting in a higher rate of offenders being caught and fined. It is in London and the surrounding areas where most number plate theft is occurring.

How can You Secure your Number Plates?

Thieves are much less likely to steal the personalised number plates from a vehicle in the UK as they are eye-catching and easily recognisable to members of the public. The thieves no doubt prefer an anonymous vehicle identity that does not attract attention. It’s tough for the criminals to succeed with name specific number plates in particular.

If you have shelled out money for the number plates, it’s tempting to save money by fitting it on to the car by yourself. Unless you have the capacity to match the tooling capability of your local garage, you will be unable to attach them securely and make it difficult for them to be removed.

Give this a thought; if you can attach the plates yourself without much difficulty, do you think the thieves will have much trouble in stealing them?

If you are really concerned about the security of your number plates, you can invest in a lock kit. This will not cost much but will include strong adhesive and security fasteners making the number plates extremely difficult to detach. The lock kit will include fasteners that do not allow them to be unscrewed without access to specialist tooling.

This is a bit of a no brainer. There are several places where you are more likely to become a number plate theft victim. If you know that your car will remain parked for a long time, go for a more secure parking place where CCTV cameras cover the parking space. For short term parking, you may be able to just opt for a well-lit area where several other vehicles are parked and where there are frequent passing members of the public.

A few manufacturers are producing anti-theft number plates now. These act as a shield in case someone tries to steal your number plates and the materials used are non-breaking making their removal almost impossible. Make sure to get these number plates fitted only by suitably trained and competent auto technicians.

The advantages of using these anti-theft number plates include the avoidance of speeding and parking penalties for crimes that are not committed by you and also in reducing the incidents of fuel theft which are increasing across the UK.

Prevention is always better than cure. Make sure you take a few steps to reduce the chances of number plate theft. However, if your number plates get stolen even after taking these measures then make sure you report it to the Police as a priority.

Tim Kaye is author at LeraBlog. The author's views are entirely their own and may not reflect the views and opinions of LeraBlog staff.