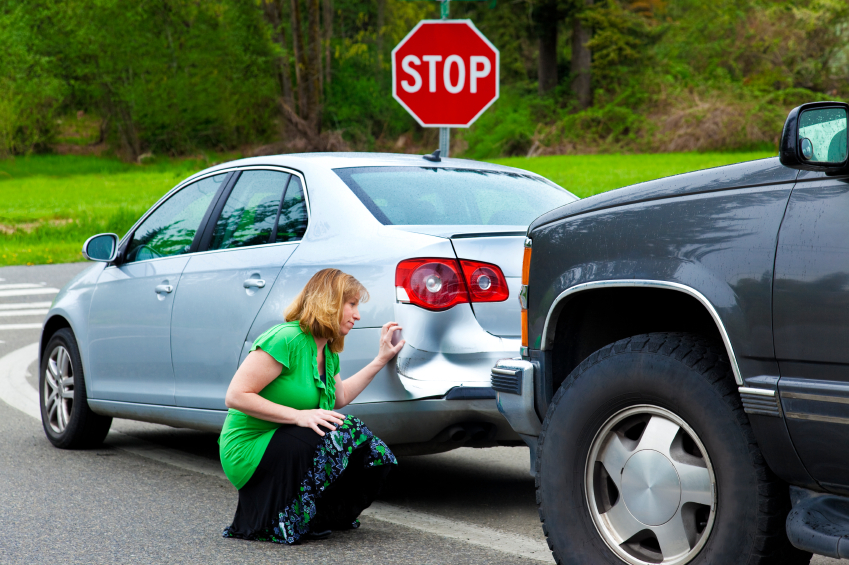 While dramatic scenes of people being cut out of cars and rushed to hospital are popular with the media (and do occasionally happen in real life), the reality is that the majority of car accidents are far more mundane. Driver A bumps in to driver B and there is little to no obvious damage either to person or property on either side. It’s entirely possible that both parties will drive off amicably.

Unfortunately professional accident merchants have been around for as long as the motor car has existed (and probably before, in the days of horses and carts), but in difficult economic times, crime increases overall and that includes motoring scams. With that in mind, here’s a basic guide to how to deal with minor car accidents.

Check for Any Signs of Injury

First Aid is a useful skill for everyone to learn, but thankfully most of it is common sense. All drivers should keep a First Aid kit in their glove compartment and it’s strongly recommended to download a copy of a First Aid app like First aid by British Red Cross, which is free, well-designed and helpful. If in doubt call an ambulance and stay with the injured party until it arrives. Even if they insist they are fine, do not leave them alone. If they have someone with them who can manage the situation, you may be able to leave, but if the emergency services have been called, you may be requested to stay.

Sort Out the Admin

You are legally obliged to give your name and address if you have an accident, even if there are no other people involved, e.g. you hit a parked car. Sadly, it is now recommended that you refrain from apologizing or in any way indicating that you accept responsibility for the accident. Doing so may complicate any subsequent insurance claims on either side. The other party should give you their name and address. Even if you both agree that there is no need to make an emergency call, an accident must be reported to the police within 24 hours regardless of whether or not anyone is injured. Failure to do so is a criminal offence.

If anyone drives away from the scene of an accident without stopping and leaving their details, call the police immediately.

In an ideal world, as well as collecting the other party’s name and address, you should try and get a (mobile) number, e-mail or social media link, often these details can be sent straight from one phone to another. Your phone is also a useful way to collect similar details from any witnesses or police officers at the scene.

Most phones have very respectable cameras these days. Get clicking and get as many pictures as you can. In particular, you want to record: number plates plus make, model and colour. The reason you want both is in case the other party is using illegal number plates which belong to another car. Try to get plenty of pictures showing the overall layout of the scene, including the position of the cars and any other related items or debris. If at all possible, get pictures of the state of any other vehicles or property involved. As a final point, if there is anything at all unusual about the scene, particularly the weather conditions or lighting, try to get a picture of that too.

Modern phones usually have voice recording functions so take a belt-and-braces approach and record everything you’ve noticed at the scene, with particular attention to the points already mentioned.

Many insurance policies require all accidents to be reported to the police within 24 hours (per the law) and also to them, even if you don’t want to make a claim. This needs to be done or else you may have subsequent claims declined.

Even if an incident is minor, it can still be upsetting, so it can be good to give yourself and your car a bit of TLC afterwards. Get your car looking and feeling good inside and out with a professional valet. You can find a valeting service near you on the Pro Valets website. Just type in your postcode and they’ll direct you to the nearest valeter. While they do the hard work, you can take yourself off for a well-deserved treat.

After almost 15 years working for various financial service companies, Kit MacLean escaped to work as a freelance writer and translator. She has a keen interest in cars, enjoys poker, walking with her dog and playing quizzes.