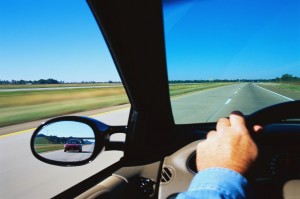 Passing your driving test and heading out onto the road alone is completely different to driving under the instructions of an instructor, and is perhaps the stage at which you really start to learn how to drive. Being a driver you have a responsibility to drive in a safe manner to not only protect your own welfare but also of every other road user. Despite the fact that you will undoubtedly make a few mistakes along the way as you continue to learn there are some that you need to be aware of and make sure that you do not fall victim to from the outset.

Listed below are six most common mistakes made by new drivers out on the road so you can take them onboard and make sure they are avoided when you get behind the wheel of your own car;

After months of sitting next to an instructor where you are stuck religiously to follow the speed limits, the freedom of driving your own car without anyone there to tell you how you need to be driving can raise your spirits you to press down a little harder on the accelerator and drive a lot more faster than you should be. This increased speed can reduce the control you have over your car furthermore having a big impact on your stopping time and can potentially put your safety and the safety of those in vehicles around you at risk.

It can be quite overpowering to sit behind the wheel of your own car and as result, when you are driving you can be inclined to only focus on the patch of the road ahead of you, rather than making sure you are conscious of exactly what is going on around you. You need to be cautious of what is up ahead rather than simply right in front of you as well as making sure that you are checking at the road junctions ahead of you and for other possible threats that could cause problems.

Despite being unlawful mobile phone use while driving still occurs, with new drivers being one of the worst law breakers. Although it may be appealing to ring your friends to let them know you are out driving your car, this will eventually reduce your level of awareness and attentiveness, which in turn will instantly increase your risk of having an accident.

This is a mistake commonly made by the drivers with passengers in the car who may be looking to show off that they can now drive, but in doing so are putting their passengers at the risk of injury or worse. Overtaking in appropriate locations and ignoring the road signs are common unnecessary risks that can be easily avoided by being more mature and responsible out on the road.

There are several auto spare parts that are meant for the driver's convenience and safety. Be it the extra tier in the car trunk or the seat belts that are included as standard in cars for a reason and even if the enthusiasm of youth may leave you feeling invincible, if you were to have an accident without your seat belt on, this so called invincibility would more probably be put to the test. To avoid this risk completely, simply make sure that you and any of your passengers have their seat belts on for every journey.

Driving Under the Influence

The temptation to jump into your carto get home after some drinks at the local pub with your friends or after an evening out at a restaurant is there for everyone, conversely driving under the influence of alcohol is a common issue with teenage drivers, yet one that can be certainly avoided. To avoid the risk of accidents and losing your license simply get a taxi home and pick up your car the next day.

The independence that you gain from being able to get into your own car and drive wherever you like is unmatched, but the risk associated with driving carelessly is always there however by removing the six common mistakes that are outlined above, you can enjoy being a new driver to the full.

Zuhair is author at LeraBlog. The author's views are entirely their own and may not reflect the views and opinions of LeraBlog staff.