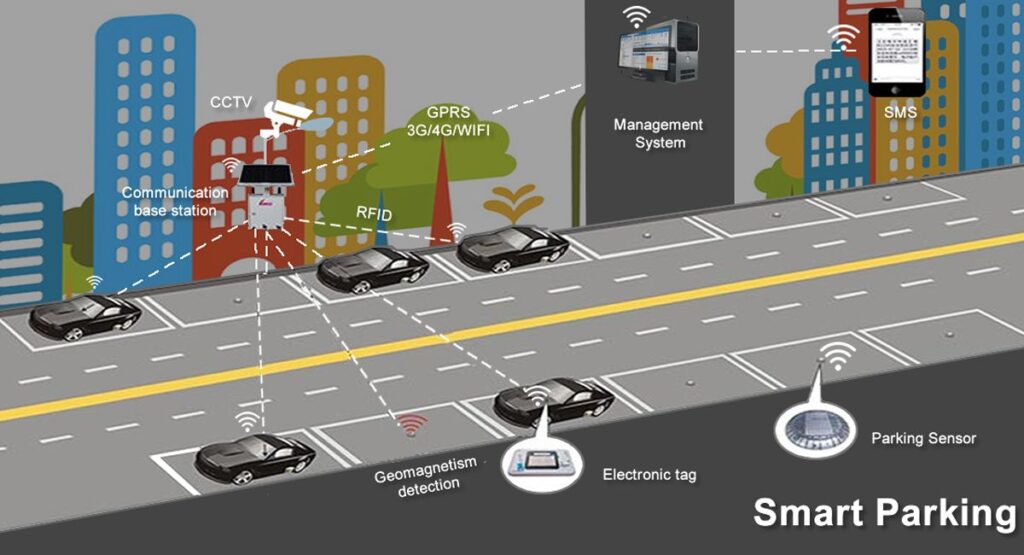 As the general road performance of cars has become somewhat standardised (and thus homogenised) in recent years, it is almost as if the advertising heads of the world’s top car companies have collectively settled on a new marketing strategy – focus on the onboard technology. There is scarcely a car advertisement running that does not seem to give most of its emphasis to whatever sleek and futuristic technology the new model has to offer. Whether that be innovations in onboard climate control, satellite navigation, or new safety features, the value of a mainstream consumer car is measured by the impressiveness of the onboard gadgetry – and much less the old-fashioned elements like speed, handling and transmission.

Out of all of these innovative technologies, one of the most ubiquitous is undoubtedly smart parking. Technologies such as self-parking, laser distance sensors, and onboard displays are the order of the day and have been for some time. It may even come as a surprise that there is even anything new in this area that may distinguish one car from another and give it that marketing edge.

And yet, this is in fact an area of technology that is constantly evolving – and not just onboard the vehicles themselves. Indeed, smart parking technology is now being becoming more and more common at the car parks themselves. We all know the stress of squeezing into a tight spot, of endlessly navigating a multi-story car park and the various time-calculated fees that are required to park in specific place for particular length of time. One need only think of the headache of airport car parking or the barrier and ticket systems at large car parks to see how technology actually has a long way to go in making such situations a bit more manageable.

The future seems to lie in the integration of these two areas – onboard and at-location technology. The so-called Internet-of-Things (IoT), the integration and mutual functioning of objects connected by a data-sharing network, seems set to play a significant role in this new technology. For a car to park itself, data pertaining to the vehicle and the location within which it is to park needs to be shared between these two nominally “inanimate” objects.

Driverless cars are of course the utopia that has been promised for some time, the dream of a seamless system whereby the car park line marking machine and the human eyeball have been made obsolete and the car can simply park itself. It would be fair to say that we are not far off that day, but there seems set to be a few more interesting technological checkpoints along the way. Here follows then a selection of some of the most interesting and genuinely useful car-parking technology, both onboard and off.

Beginning with one of the most successful implementations of IoT technology to the field of parking. Smart parking sensors refer specifically to the onboard sensors that can gauge distance and thereby avoid bumps and scrapes that may impede successful parking. However, smart parking systems go far beyond the simple onboard display that communicates to the driver whether or not the car is about to hit something. Working over an IoT with a parking routing information system, information on parking space availability becomes readily available to the system, significantly cutting the amount of time a driver can expect to spend hunting for a parking spot.

Smart parking sensors are capable of counting the number of free spaces at a large parking facility and updating in real-time as more become free. Very similar technology has been employed in modern navigation systems to provide the driver of a car with updates on traffic. Smart parking sensors even work in situations where a driver is looking for a parking space on a busy street and can alert a driver if particular space is off-limits for DIA parking lots.

The humble parking metre has been around for a very long time, and a traditional barrier and ticket payment system for large car parks almost as long. Pay-by-Plate Parking Payment is a new system which could be set to finally make these long-standing technologies obsolete.

The system follows the wider technological trend that has seen payment for all sorts of things shift from cash to card. And it makes use of the unique identification code that every motorist has – the license plate number. Simply by punching a licence plate number in a parking kiosk, a space can be reserved up front for as long as is needed. The system thereafter can be controlled via an app, allowing drivers to remotely extend their stay if need be. A major benefit is that if a driver has to move into a different space for whatever reason, then there is no need to lose the payment. With a simple scan of a car’s licence plate, the system is also much smoother and easier when it comes to enforcement.

Combining both robotics and AI, this is one innovation that verges on the seriously futuristic. An automated valet parking robot is just that – an AI controlled robot that parks your car for you. These robots resemble automated forklifts and can park cars in free spaces and retrieve them from the same place later.

It might sound quite farfetched, but the system is actually surprisingly intuitive and practical. Drivers first park their car in special hanger. It is then scanned to confirm its make, model and, most importantly, size. After this has been done, the driver leaves the car, and the valet robot picks it up and moves it to a free space in an adjacent car park. The system has already been introduced at Lyon-Saint-Exupéry airport in France, so it may not be too long before this system is seen much more widely.

With electric vehicles slowly but steadily becoming much more of a common sight on our roads, it seems only a matter of time before this technology becomes something with a much higher market potential than it currently has. Wireless charging represents the end of large and cumbersome chords that are typically only available at a few select charging spots.

The 240-volt wireless charging outlets can be placed anywhere and are connected to a charging pad that sits below the vehicle. Upon parking, the device activates, and the car can essentially charge itself. Like a few of the other technologies on our list, this is one which can fairly reliably be expected to become only more popular – which is something you could say for new parking technology in general.