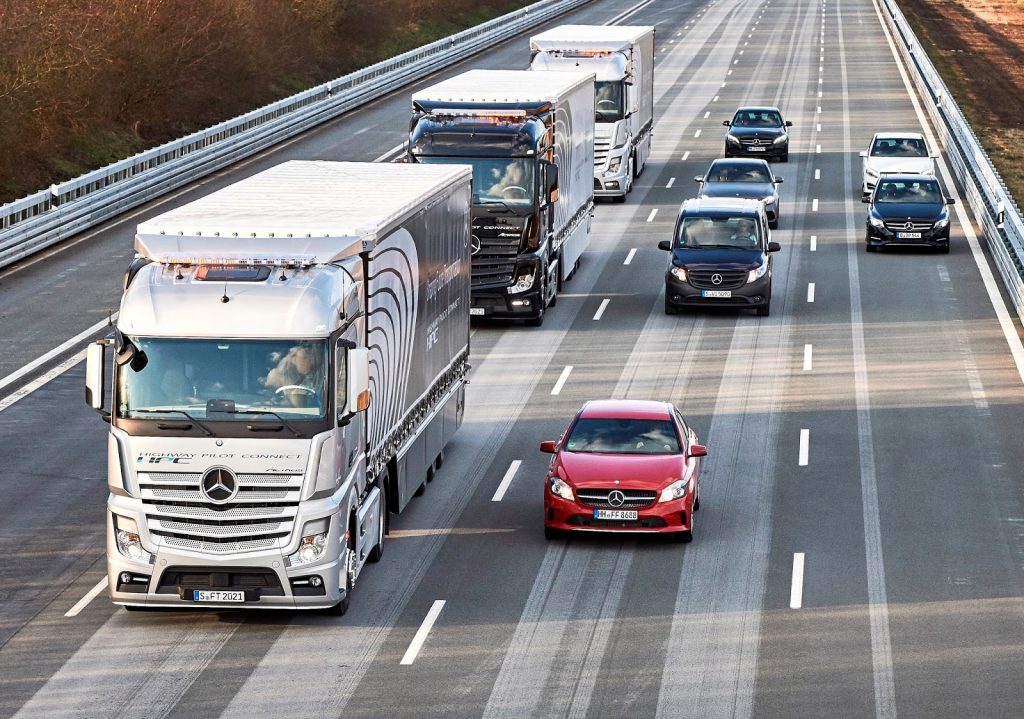 ‘Platooning’ refers to the technology of linking two or more semi-autonomous trucks. This allows the vehicles to travel together in close proximity and high speed, with minimal risk. In addition to road safety, there are several other benefits of platooning such as increased vehicle efficiency and lower co2 emissions, due to the improved traffic flow that is associated with the technology. Despite the positive reactions from the industry, is platooning really the future of fleet operations? Read on as we explore the pros and cons of this key motoring advancement.

How safe can semi-autonomous driving really be?

Platooning is not entirely autonomous and the systems are not being designed to completely replace human drivers. The idea is that there is synergy between two or more interlinked vehicles and one driver. The behaviours of the leading driver will, therefore, have a domino effect on those that follow. Whilst the technology is designed so that vehicles travel close together, there is a minimum safe distance requirement that should leave enough time for the ‘platooning vehicles’ to autonomously imitate the lead driver’s behaviour. In theory, this automatic ‘safety net’ should drastically limit risk, however, if a harsh driving action is reciprocated across the platoon, there is no way to prevent a knock-on effect from impacting near-by manually operated vehicles.

For platoons to operate safely on roads that are accessible to the public, each system would need to be individually tested in a controlled environment. The quality of testing would need to be regulated to a high standard and the cost would be significant to both manufacturers and consumers. Currently, the technology is geared towards HGV vehicles, like trucks and agricultural machinery, however, there is no reason why it can’t work on smaller vehicles too. This would require further intricate testing as the volume and speed of the vehicles will impact system functions.

What is the impact on the environment?

The consistency across a platoon should minimise fuel usage, in comparison to the amount used on three manually operated vehicles, providing the lead driver is experienced. This will not only limit the amount of spent on fuel but should also lower CO2 emissions. But, how can vehicle consistency improve emissions? Well, with collections of two or more vehicles travelling together, traffic flow on congested roads is expected to see a vast improvement. This will lessen overall travel time and also lessen the impact of vehicle-related emissions on the environment. 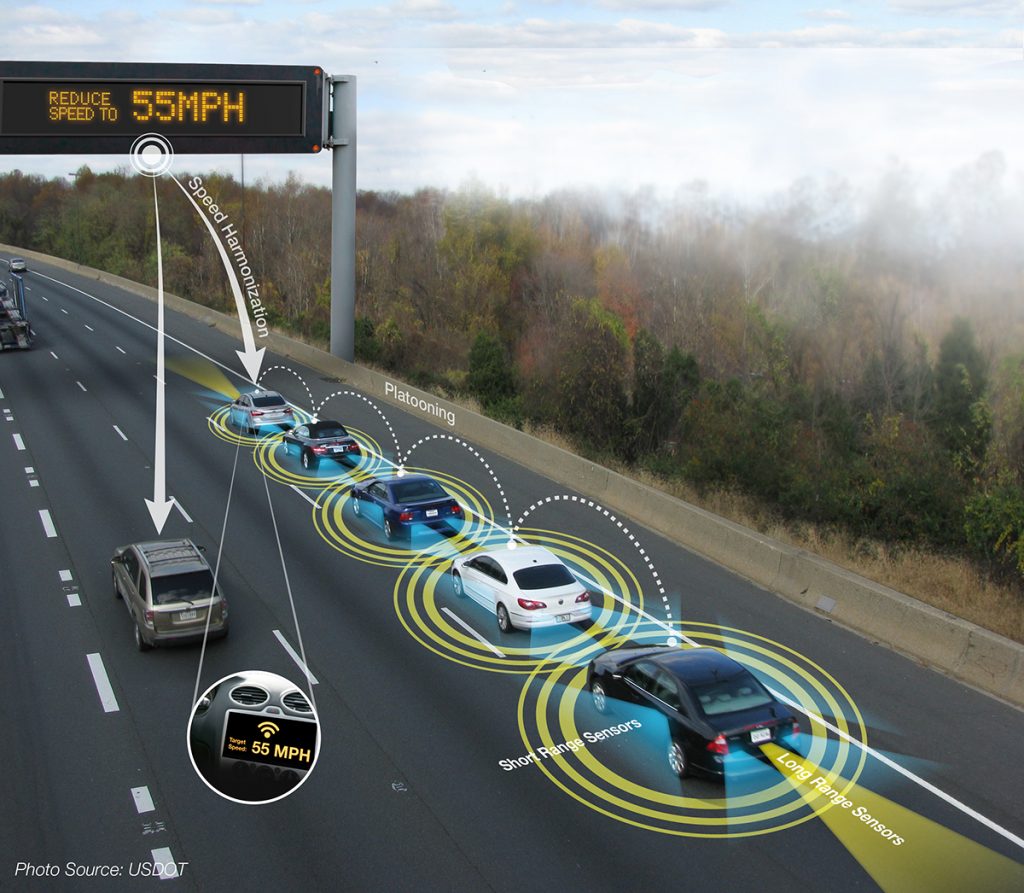 What are the hurdles of platooning?

However, there are also legislative and regulatory concerns that are restricting these technological advancements. In 2016, EU members all signed ‘The Amsterdam Declaration’, which outlines a protocol for the progression of self-driving technology. Whilst there has been some progress on this, with the amending of the 1968 Vienna Convention on road traffic, development has been slow. Once the testing process is regulated, there are still issues with gaining acceptance from real-life road users, which may be even more challenging to tackle. It’s thought that domestic drivers may feel threatened by large imposing trucks travelling together closely at high speeds. Transitioning to this technology will be progressive and will emerge as a gradual cultural shift towards new standards.

What’s next in platooning technology?

Advancements in vehicle tracking technology are continuously increasing the quantity and quality of fleet management data. Research in this area is dramatically affecting the industry, with the potential to aid in the development of Artificial Intelligence for vehicles. Currently, systems are being trialled in real-world scenarios, with a focus on the number of vehicles that can travel together in a platoon.

The industry standard realistically sees platoons of two to three vehicles travelling together on ‘real roads’, however, Mercedes-Benz has operated four Arco tractors as a semi-autonomous platoon, and believe that it would be possible to increase this to fourteen units. However, as this test was carried out on a derelict airbase, it remains to be seen whether such a large platoon would be feasible on busy roads, with other drivers.