The automotive industry is one of the biggest and most promising areas for IoT development. According to ‘Connected car industry’ report by 2022, there will be 1.8 billion automotive M2M connections, comprising 700 million Connected Cars and 1.1 billion aftermarket devices, for instance for navigation, usage-based insurance, or stolen vehicle recovery (SVR). 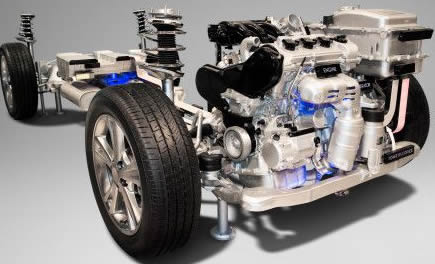 However, not only connected cars are transforming the IoT world. Public transportation as trains and buses will as well change due to the IoT development. Buses in big cities, for example, are starting to have wi-fi, security cameras, and chargers, which is the first step towards transformation. Many industries are growing their manufactures to smart factories more and more rapidly.

Nevertheless, connected cars are becoming the most promising regarding business opportunities that are attracting investors all over the world.

What is now already happening in the auto engineering is a vision to change the way we move. For example, the latest technologies allow drivers not only to make hands-free phone calls but also control the climate, music, entertainment and navigation systems using their voice. The next step will be elaborating remote control technology such as starting your car, unlocking the doors, or even checking your fuel level from a smartphone.

The driver assistance technology has already been built into some cars to help with parking or to monitor blind spots. However, this is only beginning. Thanks to major carmakers such as Ford, our cars will soon have a more advanced built-in personal assistance – that can be connected to any wearable device such as smartwatch or fitness band and react to any body changes automatically.

There’s been a lot of hype about autonomous cars since the first prototypes were announced. However, not taking into account a few sad stories about accidents involving Tesla in 2016, for most people this is not a common thing.

During the Consumer Electronics Show in Las Vegas, there were several concept cars with self-driving systems that claim to become mass-market in the nearest future. This means that carmakers are gradually shifting from producing concept vehicles to making cars that consumers will afford to purchase. There are already about 1.4 billion cars on the road. The majority of those cars and in the long run all will be replaced by self-driving vehicles. According to the forecasts, these cars will be on the road within about 3 years.

As noted above, in just five years, it’s expected that more than 700 million connected cars vehicles will emerge on the market, that could result in new revenue opportunities for manufacturers. For example, adding a new autopilot feature in Tesla costs another $2,500 when the vehicle is ordered and another $3,000 if they want to upgrade later.

As more cars are connected to the Internet, the options to add new features arise that encourages car owners to spend more money.

What is a future for the automotive industry for the next ten years? Probably it is moving towards personalized, virtual environment, developing a brand new relationship between the car and the driver.

The Internet of Things certainly will bring to automotive engineering unpredictable changes. However, it is already shaping the way car manufacturers build vehicles and developing future concepts. What is clear is that other adjoining industries such as electronics, telecommunications, finance and insurance companies as well as emerging start-ups are going to discover new ways to attract consumers and to bring new experiences with cars.

Learn more: The Internet of things