When it comes to innovations, sky is the limit. And rumors of a flying car have been doing the rounds for over a century now. How would you like to flip a switch to unshackle yourself from a bumper-to-bumper traffic jam and fly into the sky? Now that would be a commuter’s heaven, wouldn’t it?

The very first attempt at the flying car dates back to 18th century when a horse cart was unsurprisingly converted into a gliding mishap. When the Wright Brother’s airplane whooshed over the planes of Kitty Hawk N.C. in 1903, people began chasing the dream of a flying car. What sparked the plug was the 1904 Jules Verne novel "Master of the World" which staged the "Terror", a ten-meter long vehicle capable of operating as an automobile, speedboat, aircraft or submarine. It was the combination of aircraft and automobile that appealed most to the future innovations of flying cars.

Did you know that US States Patent and Trademark Office has nearly 80 patents on file for flying cars? Among the various attempts at creating a successful flying car from around the world, some have come close to a hit and some missed out. Here’s a few of the ones that stood out.

In 1917 Glenn Curtiss almost made the dream of the flying car come true. This aluminium-bodied, three-seater vehicle was 27 feet long and had a unique wing and tail unit. This unit could be removed to enable the vehicle operate as a conventional road vehicle. However, this Autoplane managed a few hops before being grounded indefinitely when US entered the First World War. 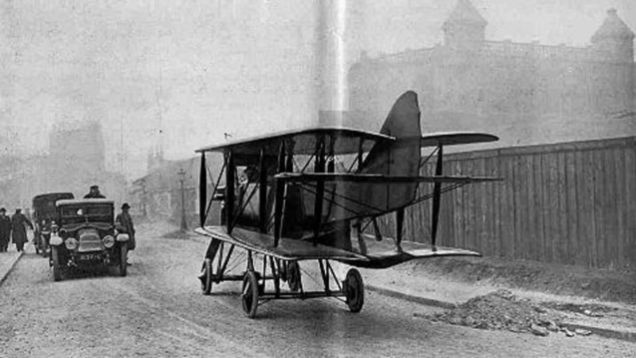 This vehicle was successfully flown by creator Rene Tampier in November 1921. The wings of this biplane could be folded back against the tail section when it hit the streets from the sky. And an extra set of wheels was added to aid in steering and stability. It is also evident from photographs that the pilot used to sit facing the tail while driving this vehicle.

Manufactured in 1946, the Fulton Airphibian was an aluminium-bodied roadable aircraft built with aircraft-sized wheels, independent suspension and six-cylinder 165 hp engine. This one had a different concept from the rest. Instead of adapting a car for the sky, Richard Fulton, the creator of this vehicle, adapted an aircraft for the road. It was the first flying car to be certified by the FAA. The Airphibian could fly at a speed of 120 miles per hour and drive at 50 miles per hour. However, it lacked a financial backer and hence, died down in the path to glory. 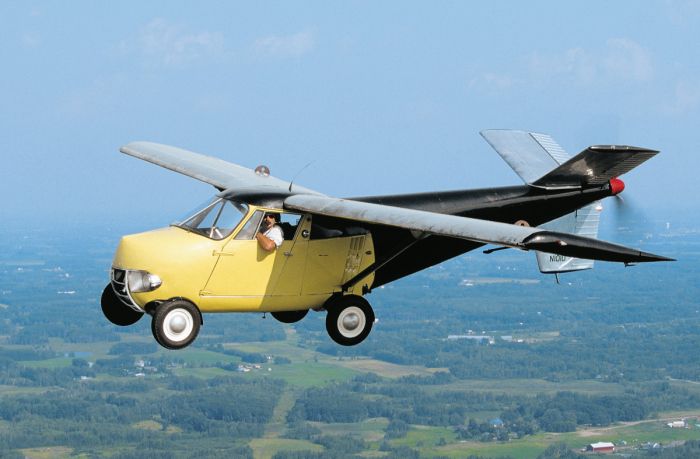 The Aerocar has been the one of the most successful and most well-known flying cars that received the second FAA certification. Created by Moulton Taylor, this car was designed to drive, fly and drive again without any interruption. Ford Motor Co. considered marketing this vehicle in 1970, but the plans underwent a landslide because of the oil crisis.

And then 1989 dawned with Calvin bemoaning the lack of flying cars along with a few of the other wishes. "Where are the flying cars? Where are moon colonies? Where are the personal robots and the zero gravity bots?" He sealed the deal with "I mean look at this! We still have weather?! Give me a break!" With Calvin’s outrage, rolled in further attempts to perfect the dream and give it a successful shape. 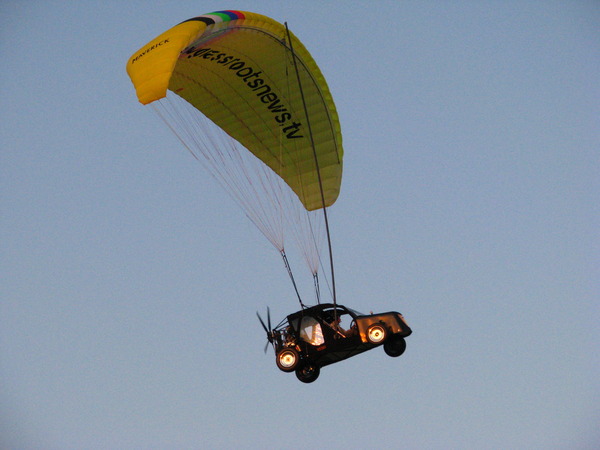 The Maverick was a flying car built with a noble purpose in mind. Keeping in mind the infrastructure limitations of developing countries, this car was designed to overcome the problems that could be faced while transportation. If the roads did not exist or have been destroyed, then the driver can deploy the parachute of his/her car to take to the skies.

Fast forward to the present day, the AeroMobil is about to take the flying car market by storm. In 2014, the Slovakian company AeroMobil unveiled the future. The AeroMobil 3.0 is the third prototype of this company in the field of flying cars with the commercial model believed to be available in 2017. This two-seater beauty with a 435-mile range has a take-off speed of 81 miles per hour, top-air speed of around 124 miles per hour and a coveted autopilot function. Watch the prototype in action in this video.

Here’s hoping for the dream to finally come true!