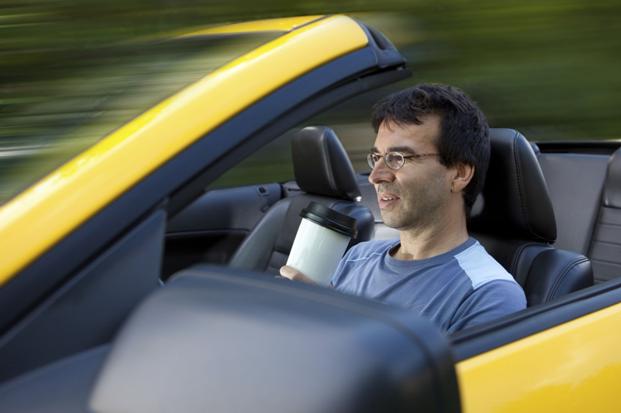 No driver can claim that they've managed to avoid all distractions every time they get behind the wheel. Even if you are adamant about putting away your cell phone when you drive, there's probably been a time when you were distracted by a passenger, something happening on the side of the road, or even your own thoughts. Driving can be a monotonous activity, and even though you should be concentrating solely on the road, it's all too easy to lose focus.

It's even easier for teens and adults with ADHD to become distracted while driving. Attention deficit/hyperactive disorder is a condition generally characterized by impulsivity, restlessness, disorganization, inattention, and an inability to focus. Not everyone with ADHD exhibits the same symptoms, and the symptoms can have different levels of severity for different people. Although ADHD is more commonly diagnosed in children than in adults, about 60% of children with ADHD continue to exhibit symptoms of the disorder as adults, and about 8 million American adults have ADHD.

Based on the description of ADHD symptoms, it's not surprising that people with ADHD are at a higher risk for getting into a distracted driving accident. In fact, studies in which ADHD patients controlled driving simulators found that this group is more likely to speed, tap the breaks, drive erratically, and accelerate towards potential accidents. According to Children and Adults with Attention Deficit/Hyperactivity Disorder (CHADD), young drivers with ADHD are two to four times more likely to have a traffic accident than young drivers without the disorder. ADHD increases a man's risk of being in a traffic accident by 47% and increases a woman's risk by 45%.

Medication May Save Lives of Drivers with ADHD 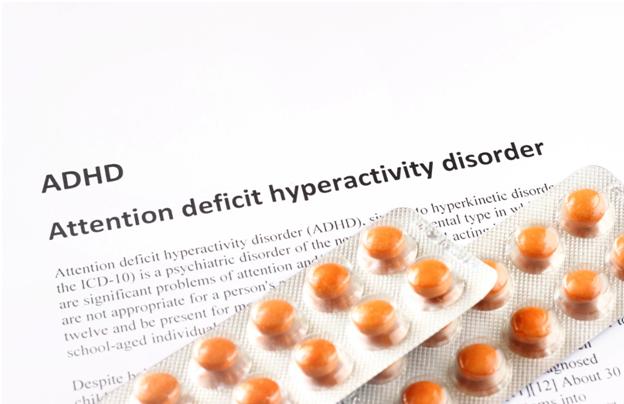 It's not all bad news for drivers with ADHD, though. A new Swedish study analyzed the rate of traffic accidents along with ADHD medication prescriptions for a group of 17,000 ADHD patients over a period of 4 years and found that taking medication significantly reduces the risk of an accident for male drivers with ADHD. It's worth noting that the study compared participants to themselves; that is, they looked at the driving behavior of an individual over periods of time when they took medication and periods of time when they didn't. This means that the reduction in accidents is more likely actually a result of medication rather than individual differences.

Men who take prescribed ADHD medication like Adderall are 58% less likely to get into a traffic accident than men with ADHDwho do not take any kind of medication, researchersdiscovered. Medication did not have a significant impact on the women in the study, and further investigation is needed to determine what treatment may be best for this group of drivers. However, the fact that medication helps a significant number of drivers with ADHD is something to celebrate.

Other Precautions Necessary for Drivers with ADHD

The results of the study suggest that adults who have ADHD and do not currently take any medications should talk to their doctor to see what their best option may be. Any adults who have not been formally diagnosed with ADHD but exhibit the symptoms should also talk to their doctor to see if medication can help them including by reducing their risk of being in a car accident.

Of course, there are precautions beyond medication that drivers with ADHD can take to help themselves be safer. One of the best things all drivers, including those with ADHD, can do is to remove distractions like cell phones from the car. If a driver thinks they're going to be tempted to look at their phone while driving, they should consider putting it in the trunk or somewhere out of reach until they get to their destination. Drivers with ADHD may also want to limit the number of passengers they have in their car, practice defensive driving, and take frequent breaks if they're on a long trip. Anything that helps keep a driver's attention focused on the road is going to be beneficial.

Attorney Jeffrey Luhrsen credits his military career with the work ethic, integrity, and tenacity that drives his career as a personal injury attorney. Having garnered numerous academic awards and scholarships during college and law school, Mr. Luhrsen has continued to earn accolades throughout his career, including a Martindale-Hubbell AVÂ® Preeminentâ„¢ Peer Review Rating, the highest rating an attorney can achieve in legal ability and ethical standards. He has been in private practice since 1998 with a focus on tort claims and insurance disputes. Luhrsen Law Group, based in Sarasota, Florida, is proud to be a family-owned firm that helps Florida families recover after serious injuries and from legal wrongs.