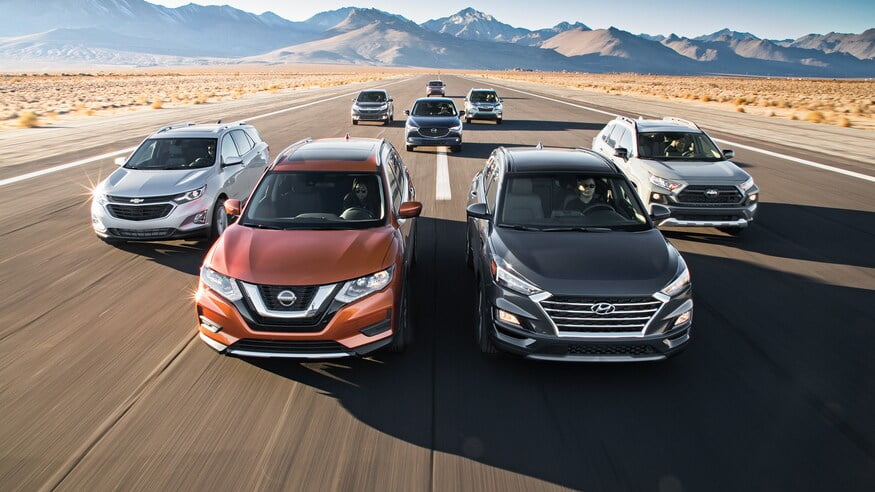 SUVs and trucks are popular vehicles used by drivers around the country. They have been adapted for everyday use with new styles and shapes, allowing a variety of people to enjoy them. SUVs make up 60% of the vehicles Americans choose to drive. Unfortunately, their prominence on the road is wreaking havoc for pedestrians. Studies are finding that SUV accidents with pedestrians result in more fatalities than pedestrian accidents with smaller passenger cars.

Historically, the structure of SUVs posed a risk to other cars due to the size differences, particularly the height of the front end of trucks and SUVs compared to small passenger cars. However, the design of SUVs has changed to account for this by lowering bumpers and other aspects of the vehicle meant to absorb force. That way they were more built like passenger cars and safer if involved in an accident. These changes were intended to reduce the harm done to passenger cars and their occupants when involved in an accident with an SUV.

That being said, these fixes didn’t make SUVs less of a hazard for pedestrians who are involved in accidents with these larger vehicles. The adjustments were meant specifically for passenger safety. Therefore, the statistics continue to show higher risk of fatality for pedestrians when they are in an accident involving an SUV. Pedestrian crashes most frequently involve standard-sized cars, but a spike in the number of pedestrian-SUV crashes occurred between 2009 and 2016, a greater increase than any other vehicle.

There has yet to be an effort made by manufacturers to improve the safety of SUV structure when it comes to pedestrians. In order to prevent more pedestrian fatalities, adjustments will need to be made to the design of SUVs and trucks.

The design of SUVs and trucks are dangerous primarily due to the shape and height in the front of the vehicle. They have a taller front end that is also more flat than that of passenger cars. Therefore, when it makes forceful contact with a pedestrian, it hits directly in the chest and midsection, endangering major organs as well as the person’s head and neck. The height also means that a person is more likely to get trapped underneath the vehicle.

In contrast, passenger cars that are shorter have a more rounded and slanted front. An adult person’s legs are more likely to take impact than their torso. The slanted hood of passenger cars allows for a person to roll onto the car, making them less likely to become stuck underneath it.

Statistics show that when the vehicle is traveling at 40 mph, 100% of pedestrians struck by an SUV died, whereas 50% of pedestrians struck by a car died. Speed is a factor in the number of people that die in a pedestrian accident as well. The greater the speed, the more likely the accident is to result in a fatality with either vehicle type, although with SUVs that likelihood is significantly higher. The National Highway Traffic Safety Administration stated that the increase in deaths likely was related to distracted walking and legalized marijuana. However, the research shows that the likelihood of a pedestrian dying in a crash is higher when struck by an SUV. According to the Governors Highway Safety Association, Arizona, California, Texas, Florida, and Georgia account for half of pedestrian fatalities in the beginning of 2018.

Attorney Bennett Schiller of Schiller Hamilton says, “The statistics blatantly show that a pedestrian is more likely to die when struck by a truck or SUV. We can’t accept that. Changes need to be made in order to protect people so they aren’t risking their lives every time they cross the street.”

There have been a few proposed changes to ensure the safety of pedestrians. A change being considered by automakers and tech companies is introducing more automation to the vehicles on the road. With automated pedestrian detection, it would reduce the possibility for human error, potentially limiting the danger that SUVs and trucks pose to pedestrians.

Other recommendations include infrastructure changes that would slow traffic down and reduce the possibility of pedestrian accidents with cars, and particularly SUVs. There are still concerns that without actually changing the physical structure of SUVs or reducing their presence on the road, pedestrian fatalities will not decrease.

In Europe, some cars have been outfitted with pedestrian airbags as well, which would protect them in the event of a crash. Some are proposing that vehicles in the United States try the same. However, Europe has fewer SUVs on the road than the U.S., so it would be hard to know for sure if such changes would cut down on the number of deaths or not. Other things such as brighter headlights and backup cameras have been brought up as possible ways to modify SUVs and trucks to protect pedestrians.

Until changes are made, pedestrians will continue to be at a significant risk of death in accidents involving vehicles, specifically SUVs. Reports show that automakers are aware, and have been aware, of the danger SUVs and trucks pose to pedestrians. While structural changes don’t appear to be on the horizon for SUV manufacturers, drivers can take precautions on their own to protect pedestrians.

First, abiding by all speed limits, especially in areas with high levels of foot traffic can reduce the risk of accidents or collisions with pedestrians. Avoiding distractions while driving is important as well. When traveling at high speeds, looking at the radio or a mobile device can cause drivers to have their eyes off the road for much longer than they may think. This is enough time for a pedestrian to enter the path of travel. It is important that while changes are being discussed for the structure of larger vehicles, both drivers and pedestrians take the time to be safe and look out for one another. It can save lives.