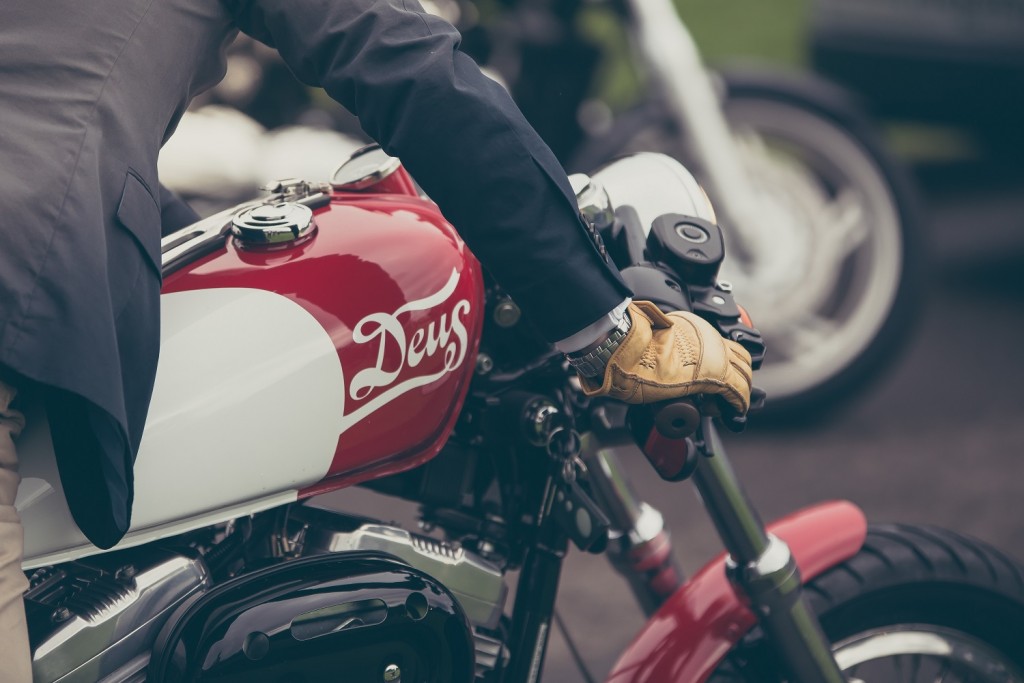 Combining a hobby and a potential investment is always a tempting prospect, but does the old excuse ‘I’ve bought this bike as an investment’ actually ever ring true? Amazingly enough, if you are smart when it comes to picking the bike, you can actually make money as well as enjoy riding a very special machine.

Rewards can be had

Around seven years ago a tidy Ducati 916 would have cost you in the region of £3,000. Nowadays you could sell that very same bike for over £6,000. Taking into account inflation, which would have seen your initial £3,000 rise to £3,629, that’s still not a shabby investment at all and you would have owned a superb Ducati sportsbike in the meantime.

Prefer your classics? In 2008 a tidy Yamaha RD500LC would have been in the £5,000 bracket, nowadays it is nearer to £10,000. Believe it or not, the iconic FS1-E sports moped of the late 1970s currently changes hands at over £6,000 for a rebuilt example while the market for Ducati’s failed SportClassic range is red hot. In the late 2000s dealers were virtually giving these away for under £4,000, today they are commanding prices of upwards of £9,000.

So the simple answer is yes, if you pick the right bike there is money to be made in investing in a motorcycle. But there is a catch…

While you can buy a bike and stick it in your garage, that’s not a very good plan. Mechanical vehicles like to be used and things such as oil seals and electrical components tend to fail if the bike isn’t run. While that’s great news as it gives you an excuse to ride your investment, it does mean you need to service it and swap its fluids and that’s an expense.

Happily, classics generally cost very little to insure, especially on a limited mileage or group policy, so that’s not a huge issue. Metal items also have an annoying habit of rusting, so protective storage is also generally required to keep investments dry and rust free, even in a good quality garage. Generally, however, keeping an investment safe and sound isn’t a huge expense.

What makes a good investment?

Three major pulling powers decide if a bike will go up in value – fashion, nostalgia and exclusivity. The hardest one to predict is fashion as this changes so rapidly. The current trend for café racers has made machines such as the Ducati SportClassic range, older air-cooled BMWs and 1970s Japanese bikes’ prices peak. But how quickly will this trend subside? That’s the worry and investing based on fashion is a risky game. Never gamble with money you can’t afford to lose.

Nostalgia is far easier to predict. The reason why two-strokes such as the Yamaha RD350LC are currently going up in value is the fact that the generation who grew up dreaming of owning these bikes can now afford them. Nostalgia gives everything a rosy tint and even though a 50cc sports moped is a terrible thing to ride in a modern context, it looks great in your garage and conjures up happy memories.

Nostalgic memories are unique to every individual, but it is very easy to pick bikes that define an era such as the Yamaha FS1-E, Honda CB750, Suzuki X7, Honda FireBlade, the list goes on and on. If it floats your boat, it will certainly also light someone else’s fire. Which leaves us with exclusivity.

This is the easiest, but most expensive investment. Any motorcycle that is produced in limited numbers will probably become a collector’s item, especially if it’s Japanese! All of the World Superbike homologation specials such as the Honda RC30 or RC45, Yamaha YZF-R7 or OW01, Kawasaki and Suzuki R-models and Ducati SP, R and SPS bikes have gone up in value. The fewer made, the more collectable and therefore valuable they are – however that also means they will cost you a lot more to buy in the first place…

Now the crunch question, what bike to buy? If you are looking at purchasing a brand new, or nearly new bike, with an eye on an investment then the limited edition Kawasaki H2R might be a good, but very expensive bet. The Yamaha YZF-R1M has potential in the future too. Other machines such as the Ducati Panigale R are also an option, but these investments will take a while to mature.

At the moment, riders are starting to appreciate modern classics and the prices of the Ducati 1098R are on an upwards trend alongside the relatively exclusive 2006 Yamaha YZF-R1 SP, and even the forgotten about Mondial Piega. The glory bikes from WSB are always popular, so you can’t go too far wrong with a Honda SP-1, and people often forget about Aprilias.

Where Ducatis are extremely collectable, exclusive Aprilia models such as the RSV-SP and Tuono Racing slip under the radar. But for how much longer? Looking at the ‘popular’ bike, then a good condition first generation Triumph Daytona 675 or even an early Street Triple could be a wise investment, or even a KTM RC8 or Buell 1125R, as nice examples are becoming rare. The Suzuki Hayabusa has a tremendous reputation and a first generation 1999 Busa in mint condition could soon be a sought after item. Or what about a mint 2004 Kawasaki ZX-10R? In green, naturally. Or an early air-cooled Monster M900?

A little tip when buying a future classic, do a bit of research and see what images the manufacturer used in their advertising brochures. Why does everyone remember the red/white 1998 Yamaha YZF-R1 or the red/white/blue 1992 Honda FireBlade? They were the promotional colours and that’s why one of current hot bikes is the 2009 YZF-R1 with the pink frame. At the time everyone hated this paint scheme, but when you say original cross-plane crank R1, what image springs instantly to mind? Exactly…

A final word of warning…

The only way to make money when investing in bikes is to actually sell them. And when you open your garage and see a lovely collection all lined up neatly, letting them go again will be the hardest part.