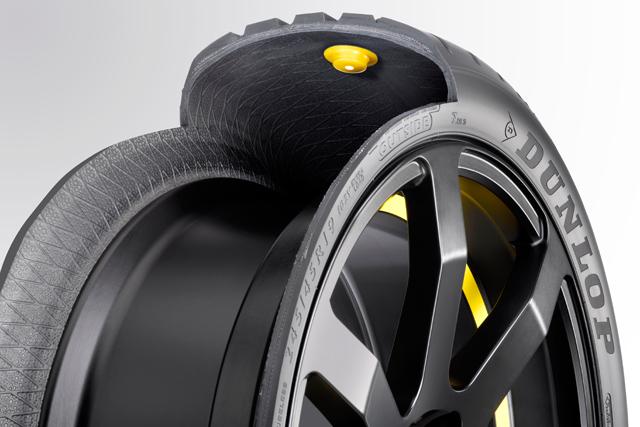 It could be argued that automotive industry started its life as one of the most progressive industries in the world. It continued to innovate through the best part of the 20th century, however, with slower pace, since the new developments were often hindered by the wishes of the big corporations to maximize the profits.

The beginning of the 21st century arguably marked a whole new era in car production and car innovation. Electric vehicles are becoming commonplace in the automotive press, electric cars are the stars of car shows all over the world. Clean energy is certainly in the focus, however, safety features are also updated on a regular basis.

The tyres that do the thinking

One of the newest ventures in the field of driving safety is the creation of the intelligent tyre. Now, â€˜intelligent' is an adjective which is being used a lot these days, with an increasingly broad spectrum of meanings behind it, so let us see what is so intelligent about this particular product, which was first developed by the Italian tyre manufacturer Pirelli in 2012.

New intelligent tyres posses a number of integrated sensors whose purpose is to collect data about the state of the tyre, state of the road which is driven on as well as to communicate with other relevant sensors in the vehicle. The data collected in this way is then transferred to the driver's dashboard computer, from where the driver can have a quick glance at it and act if a need arises.

Reporting only would not make this type of tyre intelligent in any way. After all, this is what all sensors do. What does make this product intelligent, though, is the tyre's ability to act based on the information it gathers and make adjustments for the driver when necessary. For instance, intelligent tyres such as Cyber Fleet by the aforementioned Pirelli are capable of communicating with ABS system in the vehicle which can prove immensely useful in critical situations which can occur on bumpy roads. Furthermore, these tyres are able to give intelligent suggestions on speed adjustment, which they make by taking into account many factors such as the quality and temperature of the road, pressure in the tyres themselves (information about which is collected through communication with TPMS (tyre pressure monitoring system).

When to expect them?

If you are on your toes already, you should probably sit down for a while and stick with your tyres of choice. The first batch of intelligent tyres is being manufactured for large, transport vehicles. The tyres will be location aware and able to report on the position of the vehicle, both to the driver and to a remote location. This will make them useful in the process of logistics-big transport companies usually have a lot of trucks on the road at any given moment and the ability to track them in this way (as well as to have insight into their condition) is a great convenience.

One of the reasons why the intelligent tyres are not first introduced to passenger vehicles is that at the moment they require high performance machines in order to work properly. The computer system behind them is too demanding at the moment for smaller cars, however, it is a matter of when, not if, that they will find their way into all corners of the car manufacturing industry.

To answer the question from the title-it seems that intelligent tyres are definitely the next step in the evolution of the car. The benefits they bring-increased safety and a decrease in carbon footprint emissions (an informed driver is an eco friendly driver) are too important to be ignored. Many big tyre manufacturers are already working hard to bring their own versions of intelligent tyres and where there is competition, there is a lot of innovation. By the time the intelligent tyres become a household name this article will probably need to be updated with a plethora of new features and capabilities.