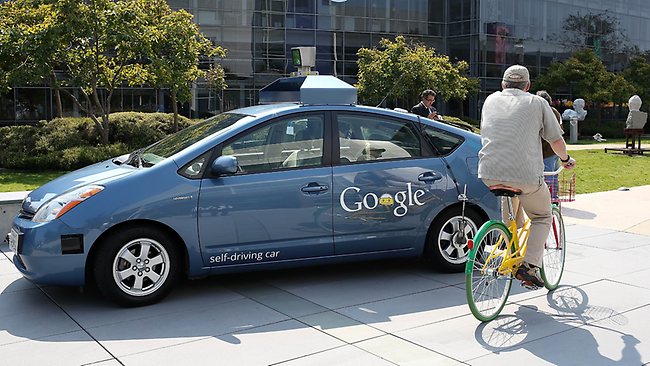 According to some predictions, driverless cars will be a reality by 2020, and people are getting excited about the idea of being able to travel in cars that can drive themselves. The most talked about autonomous car project at the moment is the Google driverless car, and if we judge by the way autonomous cars are being described and promoted by Google executives, they are the future of transportation. They are supposed to be more fuel-efficient, good for the environment and reduce the number of car accidents. But, there are various concerns about the driverless cars, mainly in terms of how they will affect our privacy and whether they will really improve traffic safety. California the last US state to allow the self-driving cars, but only for testing purposes for start.

There are a couple of reasons why we shouldn’t think of self-driving cars as perfectly safe vehicles. For one thing, they can not recognize and obey traffic lights and signs, they have difficulties driving on snow-covered or icy roads, and they can’t identify pedestrians. Plus, they are still not able to decide when they have to stop and give the right of way. There is also the possibility of a computer error while the car is driving, which could lead to collisions, endangering people’s lives. Although it’s not perfect and unmistakable, the human brain is still a better option in this sort of situations, where logical judgement is needed. The human brain can react better in an unexpected situation, and a lot of unexpected situations happen in traffic all the time.

Another issue that has to be addressed is that of legal responsibility in case such a car gets involved in an accident. It’s still not clear who will have to pay for damages, or whether a person riding in a driverless car that was involved in a collision should be held responsible, although they didn’t have control over the vehicle.

While those safety issues may be resolved in future, as technology advances, there is one other issue that is maybe even more serious. It’s the issue of people’s privacy being invaded by autonomous cars. They are equipped with sophisticated software that controls them, connects them to other cars and gathers real-time traffic information. This is the main reason why consumers are skeptical about driverless cars. They fear that the software could collect their personal information, which could be later used by car companies, or even the government. This is a very serious and well-founded concern, considering that we live in an era where government across the world are using all sorts of tools to track people’s communication and gather private information.

In addition to these concerns, there is also the issue of figuring out how to get the human brain and self-driving car technology to complement each other. Since it’s obvious that there is a chance of a computer error, a human presence in an autonomous cars will always be needed to take over control in case there is a software failure. But, as the car will be able to drive itself, it’s highly likely that whoever is riding in it, will use the time doing something else and won’t be paying too much attention to the road and what’s happening with the computer software controlling the car, so they won’t be able to react in time in case something unexpected happens.

Taking all this into consideration, a lot of issues have to be addressed and resolved so that driverless cars can be accepted by the general public and so people can use them without worrying about their safety being jeopardized or their privacy being invaded.

Jordan Perch is an automotive fanatic and "green cars" specialist. He is an author of many how-to articles related to safe driving, green technologies, auto insurance etc.